Two versions of Samsung J3 with model number SM-J3119 and SM-J3110 have been spotted on TENAA.

amsung had launched Samsung Galaxy J3 with S Bike mode at Rs 8,990 in India in March this year. Now seems like Samsung has already started working on its successor, the Samsung Galaxy J3 (2017). The device has been spotted on the website of Chinese certification agency TENAA. Two versions of the Samsung device with model number SM-J3119 (reportedly for China) and SM-J3110 (reportedly for other international markets) have been spotted on TENAA.

As per the listing, both variants feature the same 5-inch AMOLED display. The SM-J3110 has 720 x 1280 pixels (HD) resolution, while the SM-J3119 comes with FHD (1080 x 1920 pixels) resolution. Other specs of both the variants are identical. Both are powered by 1.2 GHz quad core Qualcomm Snapdragon 820 processor, 2GB RAM, 16GB internal storage and expandable storage slot. 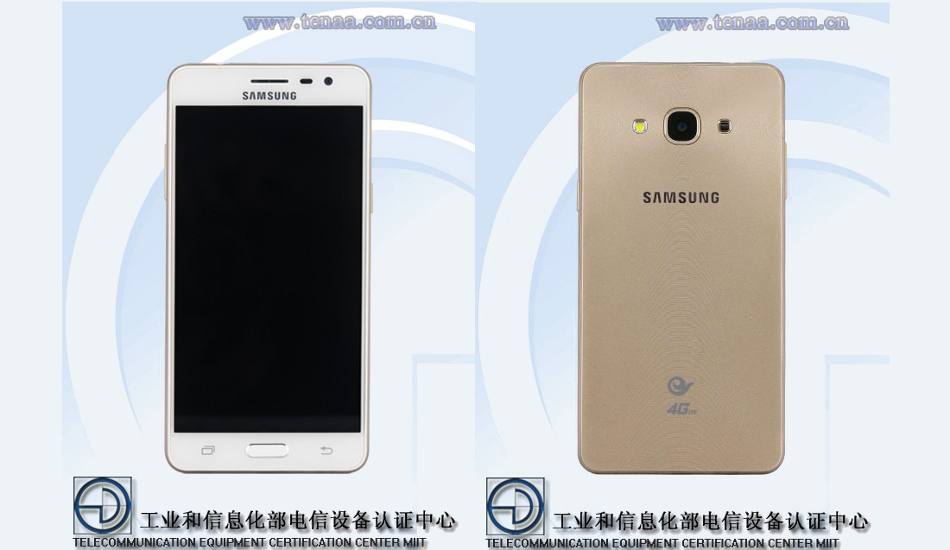 To recall, the Samsung Galaxy J3 has a 5 inch HD display with Super AMOLED technology which claims to offer 100 more contrast and 40 per cent more colour than the TFT display. It has a 1.5 GHz quad core processor and 1.5 GB RAM. It comes with ultra data saving mode as well. The Galaxy J3 has an 8 megapixel rear camera and a 5 meagpixel front camera – both comes with f2.2 aperture. This smartphone is just 7.9 mm thin. Besides, the Android 5.1 Lollipop based Galaxy J3 has 8 GB internal storage, 128 GB micro SD card slot, 3G, WiFi, Bluetooth, GPS, Micro-USB port and a 2600mAh battery.