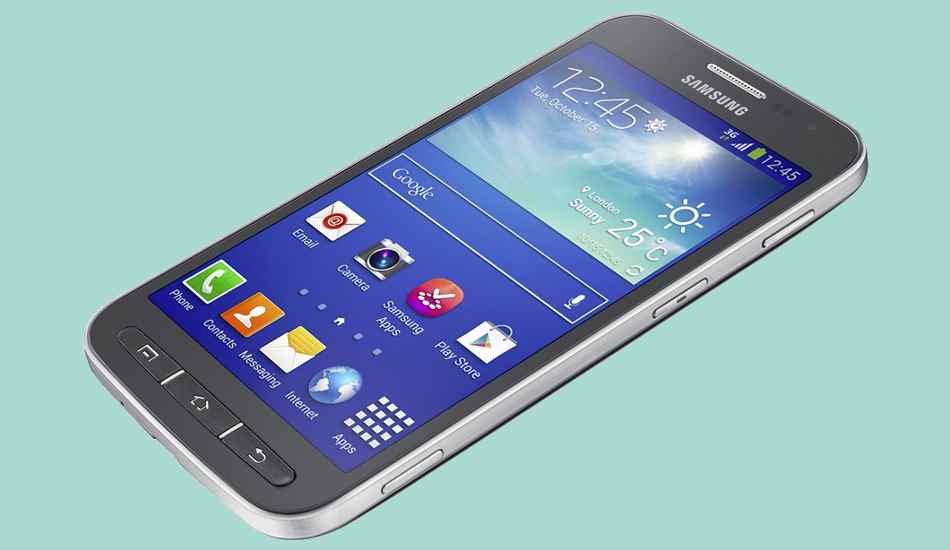 It is an upgraded version of the older Samsung Galaxy Core which is currently retailing in India for about Rs 13,000.

Samsung Galaxy Core Advance, which was recently unveiled in South Korea, is now available in India. An Indian e-retailer is offering the phone for Rs 17,000 though Samsung has not yet officially launched it in the country. Also note that the retailer is offering it with manufacturer’s warranty so it is not an imported version.

The Samsung Galaxy Core Advance comes with a 4.7 inch TFT LCD capacitive touchscreen but with only 800×480 pixels resolution. It has a 1.2 GHz dual core processor which is assisted by 1 GB RAM, and it runs on Android 4.2 Jelly Bean operating system.

The Galaxy Core Advance has decent 8 GB internal storage and it also comes with an expandable storage slot that can accommodate a micro SD card of up to 64 GB capacity. In its rear, there is a good looking 5 megapixel auto focus camera and an LED flash while in the front it boasts a VGA camera.

Samsung has armed the phone with a 2000 mAh battery. This 3G smartphone has WiFi, Bluetooth 4.0, micro USB 2.0, and GPS with A-GPS support.

As apparent from its name, it is an upgraded version of the older Samsung Galaxy Core which is currently retailing for around Rs 13,000. The Galaxy Core comes with a smaller 4.3 inch screen but with the same 800×480 pixels resolution. It too comes with a 1.2 GHz dual core processor, 5 megapixel rear camera, VGA front camera, 8 GB internal storage, and 1 GB RAM. The Galaxy Core though has only 32 GB micro SD card slot. Also, it has a 1800 mAh battery against 2000 mAh battery of Galaxy Core Advance but do not expect much difference in battery life as the Core Advance has a bigger display too.

The Samsung Galaxy Core Advance though has many good opponents like Sony Xperia C, Xolo Q3000, etc. To know about the best handsets in the Rs 10,000 to Rs 20,000, click here.