The smartphone is the successor of Galaxy C7 which was launched last year.

After launching Samsung Galaxy C7 last year in June, the company seems to be working on this year’s C7 smartphone which is dubbed as Samsung Galaxy C7 (2017). The Samsung smartphone which bears the model number as SM-C7100 has now got the Bluetooth certification from the Bluetooth Special Interest Group (SIG). Since the last year’s Galaxy C7 boasted a model number of C7 SM-C7000, it is highly expected that SM-C7100 is the successor of Galaxy C7. 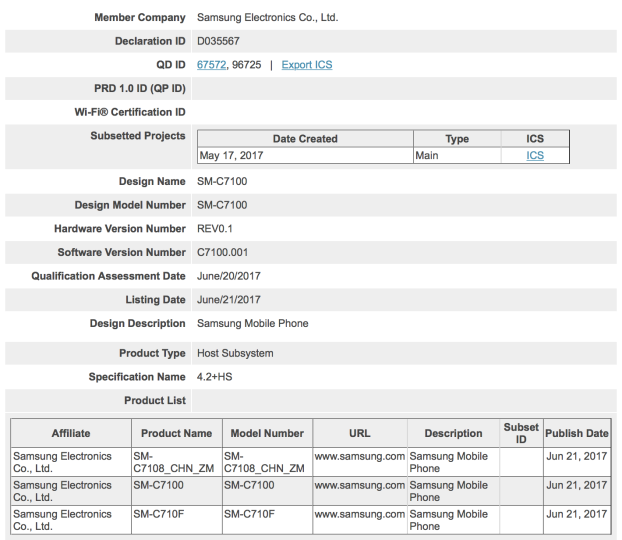 Sadly, no more details about the phone are known at the moment but since now the device has started surfacing online we expect more leaks to come up in the coming days. We will keep you posted once we get more updates on this.