The Galaxy A9S will come with quad cameras while the Galaxy A6S will have dual rear camera setup. Both will have rear-mounted fingerprint scanners and run Android Oreo out of the box.

Samsung is prepping to launch Galaxy A9S on October 24 in China. Now ahead of the launch, the pricing of two Samsung Galaxy smartphones – Galaxy A9S and A6S have been leaked. It is expected that the company will also launch the Galaxy A6S on October 24 along with Galaxy A9S. 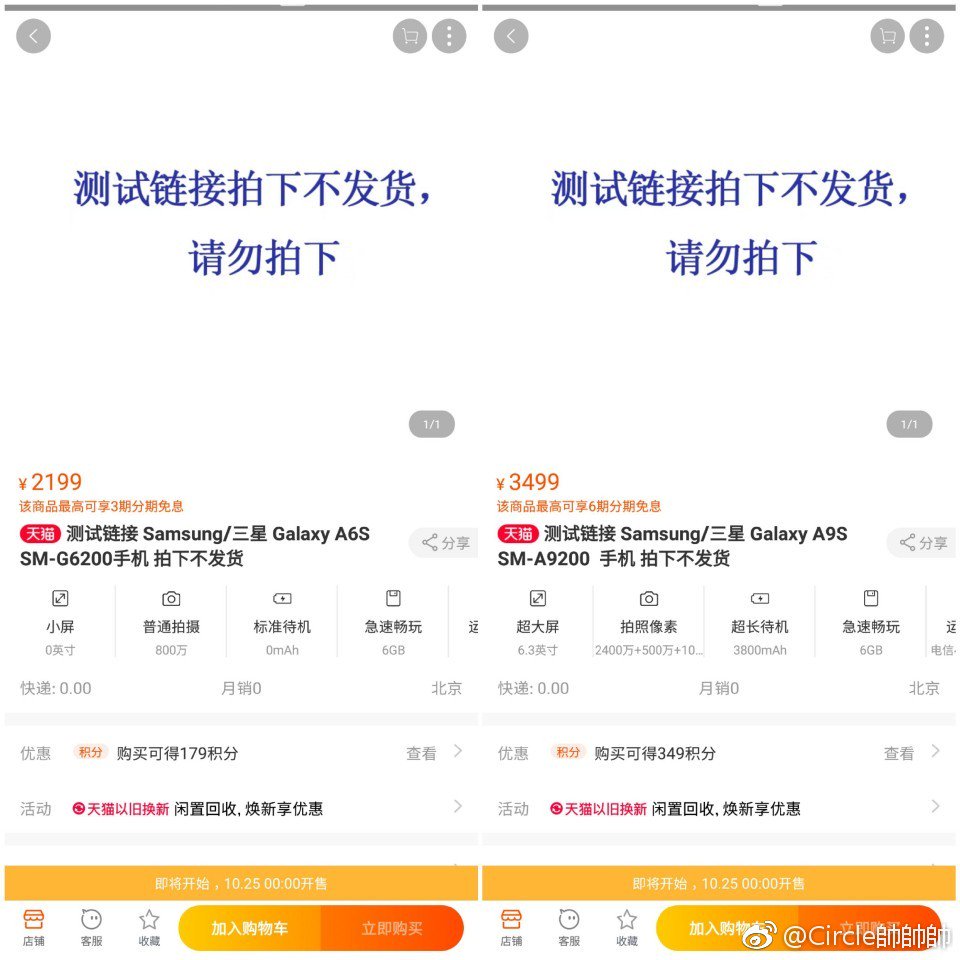 The Galaxy A9S will come with quad cameras while the Galaxy A6S will have dual rear camera setup. Both will have rear-mounted fingerprint scanners and run Android Oreo out of the box.

As per a recent image leaked of the Galaxy A6s, the phone will feature dual rear cameras aligned vertically along with LED flash and a single front camera. There will be a fingerprint sensor at the back panel in the centre. Above the display, there will be the front camera, earpiece and proximity sensor while the bottom will, have the 3.5mm headphone jack and a USB Type-C port.

As per reports, the Galaxy A9s will come with 6.3-inch Super AMOLED display with 1080 x 2220 pixels of resolution. The phone will be powered by Octa-Core processor clocked at 2.2 GHz along with Qualcomm Snapdragon 660 chipset. The Galaxy A9s will have either 6GB/8GB of RAM which coupled with 128 GB internal storage. It will run on Android 8.1 Oreo operating system out of the box and will be packed with 3,800 mAh capacity battery inside the body.