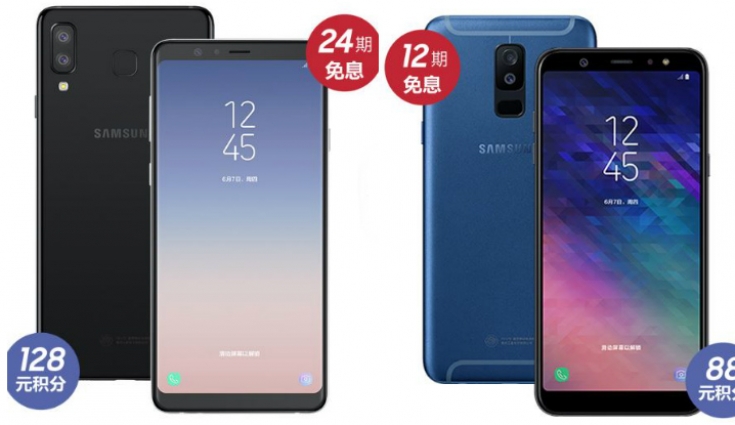 Both of them are already available for pre-orders from company’s official website till June 14 and both of them will go on sale from June 15. Samsung Galaxy A9 Star is equipped with a 6.28-inch Full HD+ Super AMOLED Infinity display with a screen resolution of 2220 x 1080 pixels and an aspect ratio of 18:5:9.

Starting with the Galaxy A9 Star, the smartphone comes loaded with glass body and it features vertically-aligned dual rear cameras. The phone is equipped with a 6.28-inch Full HD+ Super AMOLED Infinity display with a screen resolution of 2220 x 1080 pixels. The device is powered by a Qualcomm Snapdragon 660 processor along with Adreno 512 GPU.

The phone is backed by a 4GB of RAM and 64GB of internal storage, which can be further expanded up to 256GB via microSD card slot. The device feature dual-camera setup with a combination of 16-megapixel primary sensor with f/1.7 aperture and a 24-megapixel secondary sensor. For the front, there is a 24-megapixel shooter for videos and selfies. The Galaxy A9 Star is juiced up by 3,700mAh battery and it runs on Android 8.0 Oreo.

It also supports features like Dolby Atmos and Face Unlock and there is a fingerprint sensor at the rear panel. On the connectivity front, the Galaxy A9 Star supports 4G VoLTE, WiFi, Bluetooth 5, GPS, GLONASS, dual-SIM and USB Type-C port. The phone measures 162.4 x 77 x 7.55 mm and weighs 188 grams. The phone is available in Black and White colour options.

Moving to the Galaxy A9 Star Lite, the smartphone bears similar design and specifications, as we have seen in Galaxy A6+. The smartphone has a 6-inch Full HD+ (1080 x 2220 pixels) Super AMOLED Infinity Display and an 18.5:9 aspect ratio. It is powered by an octa-core Snapdragon 450 chipset with a maximum clock speed of 1.8GHz along with Adreno 506 GPU. The Galaxy A9 Star Lite comes in 4GB RAM and 64GB memory configuration and packs in a much bigger 3,500mAh battery.

In terms of camera, the phone equips a dual rear camera setup with a 16MP primary sensors of f/1.7 aperture alongside a secondary 5MP f/1.9 sensor. For the front, it has a 24-megapixel camera sensor with a f/1.9 aperture. The Galaxy Star A9 Lite runs on Android 8.0 Oreo and on the connectivity front, it supports NFC, Bluetooth 4.2, CAT6 LTE, WiFi, GPS, dual-SIM and USB Type-C port. The smartphone is available in Blue and Black colour options.