A new smartphone has been spotted on Geekbench website. The device comes with a model number SM-A730F, which is said to be Samsung Galaxy A7 (2018).

The Geekbench listing reveals that the smartphone has scored 1490 in a single-core test, while in the multi-core test, the phone has managed to score 4172. The listing further reveals that the phone will come with a 6GB of RAM. This is interesting as only limited number of Samsung smartphones including the Galaxy Note 8, Galaxy S8+ comes loaded with that much RAM. 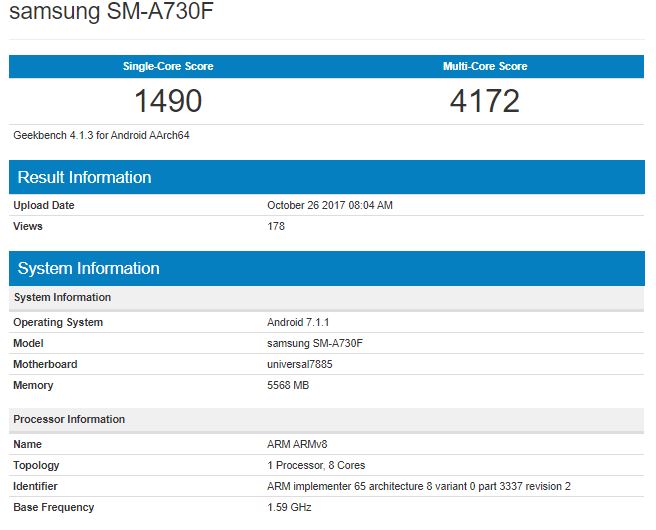 On the hardware front, the smartphone will be powered by company’s in-house Exynos 7885 octa-core processor clocked at 1.59GHz. The upcoming chipset could give a stiff competition to Qualcomm’s mid-range Snapdragon processors.