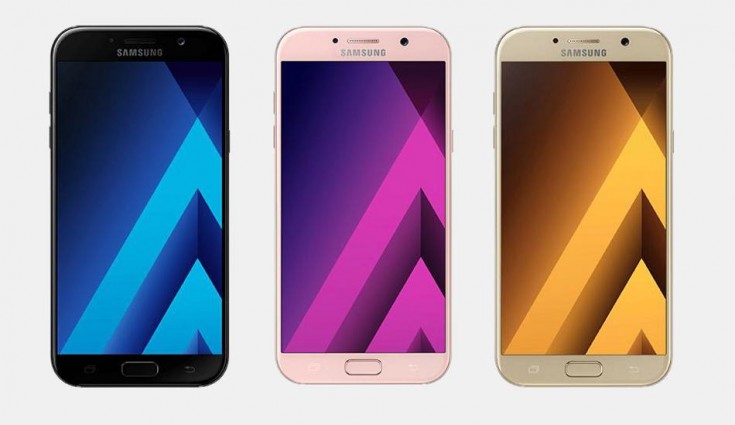 The latest update brings the April 2018 security patch along with all the goodies of Oreo.

Samsung has started rolling out Android Oreo update for its last year mid-range smartphones, the Galaxy A3 (2017), Galaxy A7 (2017) and Galaxy A5 (2017). The latest update brings all the goodies of Android Oreo.

The Galaxy A7 (2017) comes with a 5.7-inch full HD Super AMOLED display and is powered by a 1.9GHz octa-core processor (Exynos 7880) coupled with 3GB of RAM and 32GB of internal storage. On the camera front, it sports a 16-megapixel rear and front cameras with aperture f/1.9. The smartphone is powered by a 3,600mAh Li-Polymer battery with fast charging technology. The smartphone also houses a Fingerprint Sensor as well. Besides, the smartphone offers 4G VoLTE, Dual-SIM Wi-Fi (802.11 a/b/g/n/ac), Wi-Fi hotspot, Bluetooth 4.2, ANT+, USB Type-C, NFC, Accelerometer, Gyro Sensor, Geomagnetic Sensor, Hall Sensor, RGB Sensor, and Barometer. The handset measures 156.8 x 77.6 x 7.9 mm and 186 grams.

On the other hand, the Galaxy A3 (2017) sports a 4.7-inch HD Super AMOLED display and is powered by a 1.6GHz octa-core Exynos processor coupled with 2GB of RAM and 16GB of internal storage which can be further expanded. On the camera front, the smartphone comes with a 13-megapixel rear camera and an 8-megapixel front-facing camera for selfies and video calling. The device is powered by a 2,350mAh Li-Polymer battery with fast charging and offers 4G with VoLTE, Wi-Fi 802.11 a/b/g/n/ac, Bluetooth 4.2, ANT+, USB Type-C, dual-SIM and NFC for connectivity. The smartphone also houses a Fingerprint Sensor as well. The handset measures 135.4 x 66.2 x 7.9 mm and weighs 138 grams.