Realme XT 730G will come with the Qualcomm Snapdragon 730G chipset instead of Snapdragon 712 in Realme XT.

Realme will launch its Realme XT 730G smartphone along with its true wireless earbuds in India on December 17. The company has now started sending the media invites for the upcoming launch to be held in New Delhi. While we already know everything about the Realme XT 730G, not much is known for Realme’s first truly wireless earbuds. 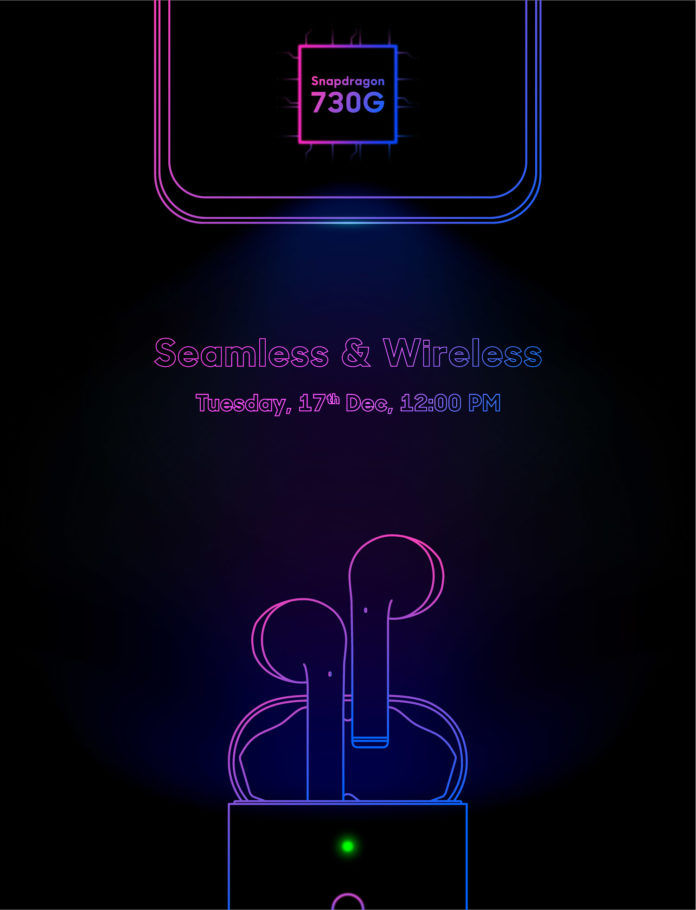 Realme XT 730G will feature a 6.4-inch Super AMOLED display with a waterdrop notch design, Gorilla Glass protection and in-display fingerprint sensor. It will run on Android 9.0 based on ColorOS 6.0 and will be packed with 4000mAh battery. It will sport a quad-camera module with 64-megapixel Samsung ISOCELL Bright GW1 sensor with an f/1.8 aperture and electronic stabilisation, an 8-megapixel wide-angle camera, a 2-megapixel macro camera, and a 2-megapixel depth sensor for portraits. For the front, it will have a 16-megapixel sensor for selfies and video calls.

As for the Realme’s first truly wireless earbuds, they will look a lot like Apple’s AirPods. Realme earbuds will come in Yellow, Black and White colours. The Realme AirPods specifications are scarce at the moment, but it is confirmed that it’ll come with an in-ear design. The earbuds will hang on the user’s ear and have a long stem just like the original Apple AirPods.