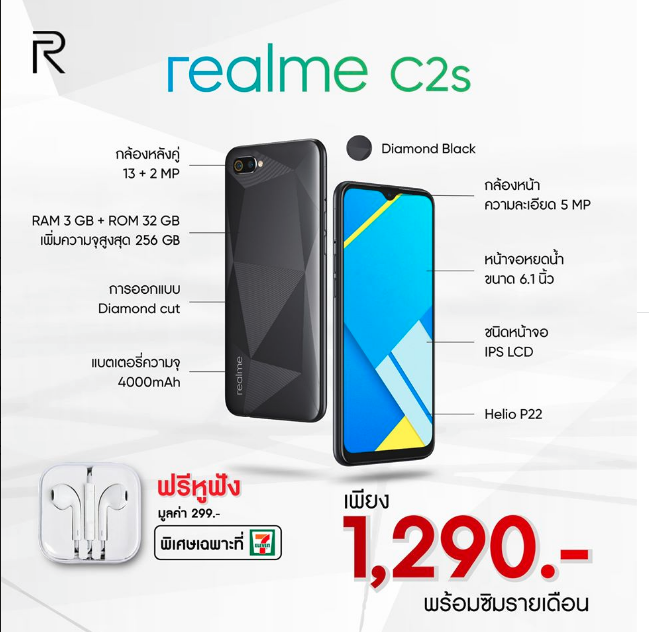 Realme has today launched Realme C2s in Thailand. The Realme C2s phone is priced at 1,290 Baht which is Rs 3,069. It comes in a single colour version of Diamond Black.

For the camera department, Realme C2s has a dual-camera setup with a combination of 13-megapixel primary lens along with a 2-megapixel shooter. For the front, there is a 5-megapixel shooter for selfies and video calling.

It is backed by a 4,000mAh battery and it runs on ColorOS 6.0, which is based on Android 9.0 Pie. The smartphone features diamond-cut design and it features an AI face unlock feature as well. On the connectivity front, it supports 4G VoLTE, Bluetooth, WiFi, dual-SIM and a micro USB port.