Realme C15 was launched in India in August last year with Android 10-based Realme UI.

Realme has started a stable version roll out of Android 11-Realme UI 2.0 for the users of Realme C15 and Realme C12. Both were launched in India in August last year with Android 10-based Realme UI out-of-the-box.

The update is now being rolled out in a staged manner. The update will be randomly pushed out to a limited number of users today and will have a broader rollout in a few days after making sure there are no critical bugs. If no critical bugs are found, the full rollout will be completed in the upcoming days.

You can check the availability of the Realme UI update on your device by going to the Settings menu. If no critical bugs are found, the full rollout will be completed in the upcoming days, says Realme.

Personalize the user interface to make it your own

• Third-party icons for apps on the home screen are now supported.

• Three Dark mode styles are available: Enhanced, medium, and gentle; wallpapers and icons can be adjusted to Dark mode, and the display contrast can be adjusted automatically to ambient light.

• Added weather animations to provide you with a more interesting experience.

• You can now remove a folder or combine it with another one.

• Now turn “App lock” on or off in Quick Settings.

• Added “Low battery message”: When your phone battery is lower than 15%, you can quickly send a message to share your location with specified people.

Emergency info: You can quickly display your personal emergency info to first responders. The information can be shown even when your screen is locked.

• Optimized “Permission manager”: You can now choose “Allow only once” for sensitive permissions to better protect your privacy.

• You can change the way to summon Game Assistant.

• You can share your personal hotspot with others via a QR code.

• You can back up your photos, documents, system settings, WeChat data, and more, and easily migrate to a new phone.

• Added the level and grid feature to help you compose videos. 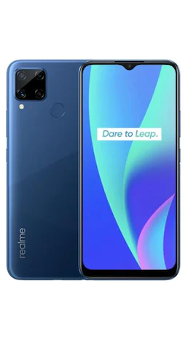