After spotting the specifications of the Samsung Galaxy S IV, now the press images have been leaked.

After spotting the specifications of the Samsung Galaxy S IV, now the press images have been leaked. EVLeaks, a popular account on microblogging social network-Twitter, shared two press images of the upcoming Galaxy S IV. The images did show the typical Samsung campaign and promotion style with regards to Galaxy series smartphone. 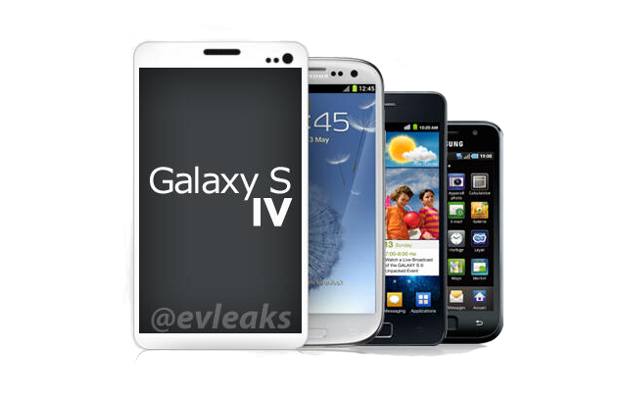 Samsung’s Galaxy S IV smartphone is said to feature a full HD resolution supporting 5-inch HD Super AMOLED touchscreen. This massive display and the Android 4.2 Jelly Bean running on it will be powered by the new Samsung Exynos 5410 Octa that comes in 4+4 (four Cortex-A15+four Cortex-A7) cores set up. Along with the processor, the smartphone will pack 2 GB RAM.

We would like to point out that the image of the Galaxy S IV is merely a mockup and final design might be little different. Noteworthy thing is that Samsung has quietly dropped the home button to provide more screen real-estate.