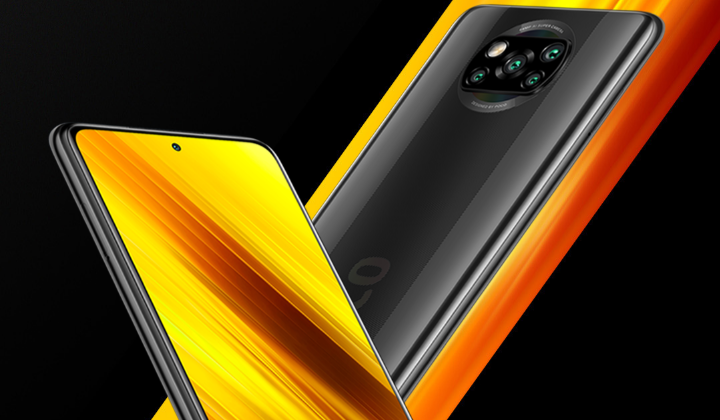 A new tweet posted by the Poco India's twitter account suggest that the Indian variant of the Poco X3 will have a 6000mAh battery, compared to the 5120mAh battery present on the global variant.

The new device by Poco, a sub-brand of Xiaomi, is all set for release in India on September 22nd, that is tomorrow. The new Poco X3 has already been launched in Europe as the Poco X3 NFC last week.

Read More: Poco X3 will have an 8GB variant for the Indian market 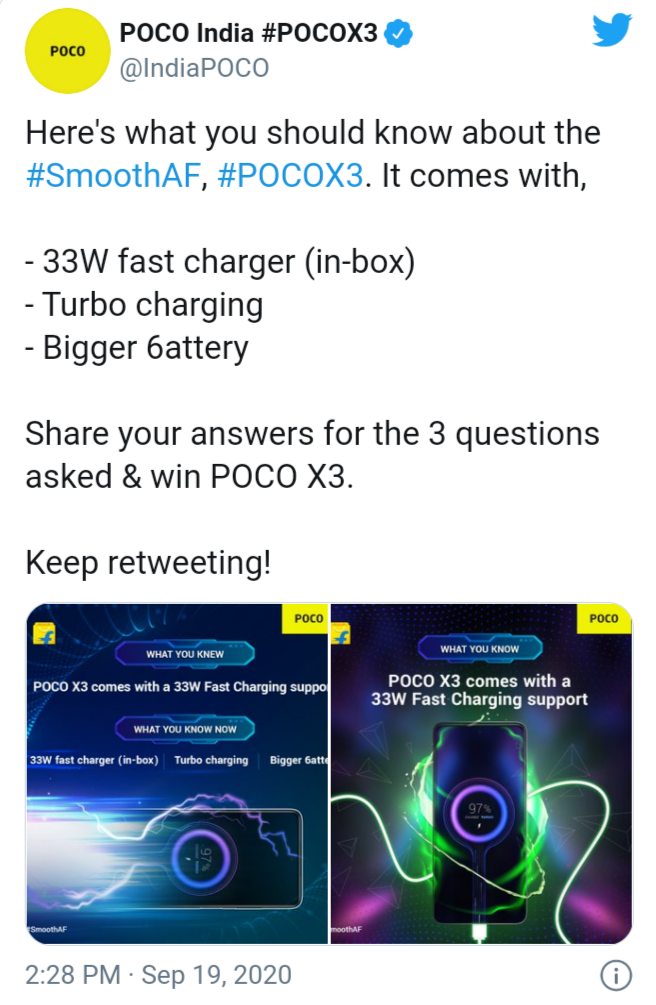 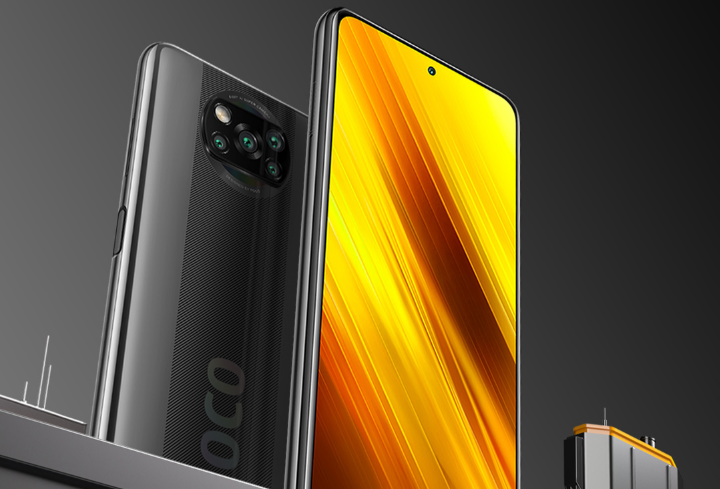 Rest other Specifications are expected to be identical to the global variant, which features a 6.67-inch FHD+ LCD display with a resolution of 1920 × 1080, a refresh rate of 120HZ and touch sampling rate of 240Hz. The panel should be HDR 10 certified.

The phone is expected to be powered by the Snapdragon 732G coupled with Adreno 618 GPU and paired with 6GB of RAM. The device should be having a quad camera setup including a 64MP Sony IMX682 main sensor, a 13MP ultra-wide angle lens, and dual 2MP depth sensors. The phone is having a 20MP camera on the front.

The Indian variant should come with a 6000mAh battery and the company has confirmed that it will ship the device with a 33W fast charger in-box. The device will also have a side-mounted fingerprint scanner and dual stereo speakers.