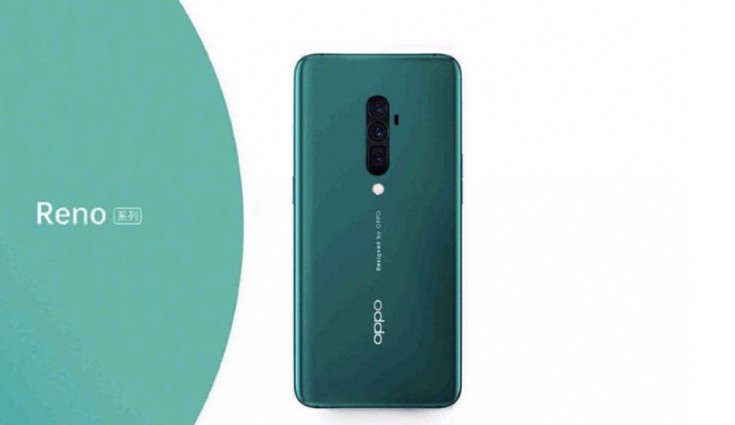 Oppo has scheduled a launch event on April 10 in China where the company is all set to launch its upcoming Reno smartphone series. Now, ahead of the phone’s launch, the Reno’s colour options have been revealed.

Oppo’s VP, Shen Yiren has revealed that the Oppo Reno will be available in four different color options – Sea Green, Midnight Black, Pink and Nebula Purple. Bryan has posted photos of the different color options on his Weibo account. As per the photos, the green and pink colour variants seem to have a frosted glass finish while the Black and Purple options will have a mirror finish. As per earlier leaked reports, the smartphone will come in five different variants – Snapdragon 710 variant, a Snapdragon 855 variant, a 5G variant, a Lamborghini Edition and an affordable model of the Reno series.

Meanwhile, leaked rumours have revealed that the Reno smartphone will feature a 6.4-inch display that probably supports Full HD+ resolution. The smartphone will be equipped with a 48-megapixel and 5-megapixel dual camera setup. For the front, it will have a 16-megapixel camera.

The flagship will be powered by Qualcomm’s latest Snapdragon 855 chipset. It will have 4064mAh battery with VOOC 2.0 fast charging technology. The device will be loaded with the latest ColorOS v6.0 and it will have connectivity features such as Wi-Fi 802.11ac and Bluetooth 5.0.