Oppo R11s found listed on company’s site ahead of launch

The listing reveals that the smartphone will be available Black, Champagne and Red colour options.

Oppo has already confirmed that it will be launching the latest R11s smartphone in China on November 2. Now, just ahead of official launch the smartphone is listed on company’s official site. 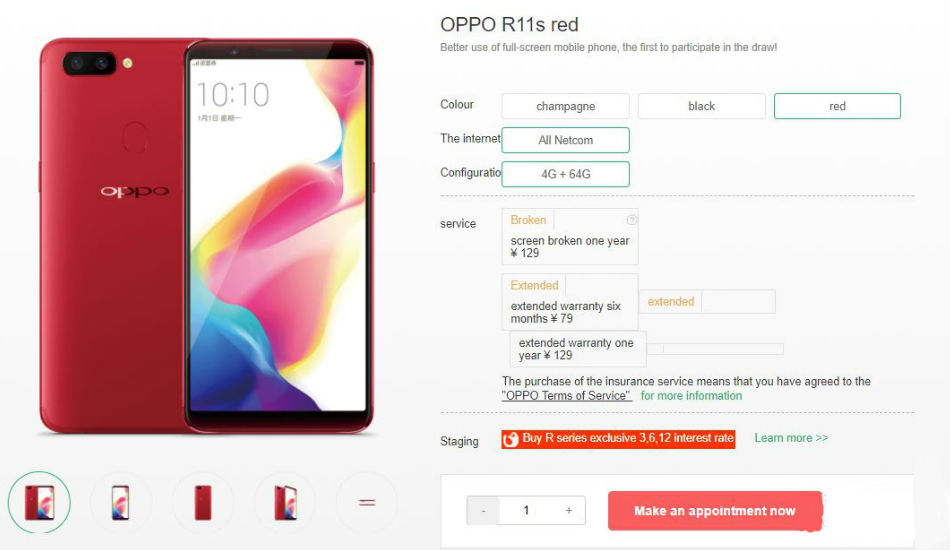 Recollecting some key specifications, the phone will run on Android 7.1.1 Nougat and it will be powered by a Qualcomm Snapdragon 660 processor along with Adreno 512 GPU.

The smartphone will come with a screen resolution of 2160 x 1080 pixels, which means that it would sport an aspect ratio of 18:9. On the camera front, there would be a 20-megapixel rear and front cameras. Previously, as per the earlier 3C listing, Oppo R11s will be enabled with 5V/4A VOOC fast charging technology. Also, the R11s might be available in two colour variants, Black and White. The company is also reported to launch R11s Plus as well along with the standard R11s model at the event.