Oppo F19s has been spotted on Geekbench benchmarking website. the listing has reveals a few specs of the upcoming Oppo smartphone. 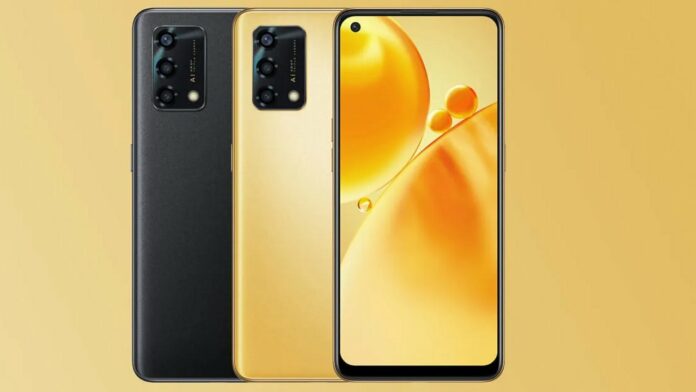 Oppo is expected to launch Oppo F19s soon in India. Now ahead of the launch, the phone has been spotted at Geekbench listing. Additionally, the renders of Oppo F19s have also surfaced online.

As per the Geekbench listing spotted by Pricebaba, the handset has appeared with CPH2223 model number. It packs the Snapdragon 662 chipset which is coupled with 6 GB of RAM. The phone runs on Android 11 OS. It scored 312 points in the single-core test and 1352 points in the multi-core test of Geekbench.

The renders have been leaked via MySmartPrice which reveal the design of the upcoming smartphone. As per the renders, the Oppo F19s will come in Glowing Black and Glowing Gold colours.

At the front, F19s sports a punch-hole display. The phone will feature a triple camera setup at the back with a 48-megapixel primary camera. It will be equipped with an in-display fingerprints scanner.

Oppo F19s will sport a 6.43-inch AMOLED screen with a punch-hole design. Further, it will offer a 20:9 aspect ratio and a Full-HD+ resolution. There will be a triple camera setup at the back of the smartphone.

The Oppo F19s will further ship with 6 GB of RAM. In addition, it will have support for up to 5 GB of virtual RAM. The handset will run on ColorOS 11.1 based on Android 11. The F19s will measure 7.95mm in thickness and weigh 175 grams. It is being expected to launch later this month in India at a price of Rs 18,000.