Oppo A3 spotted on Geekbench with 4GB RAM and Android Oreo 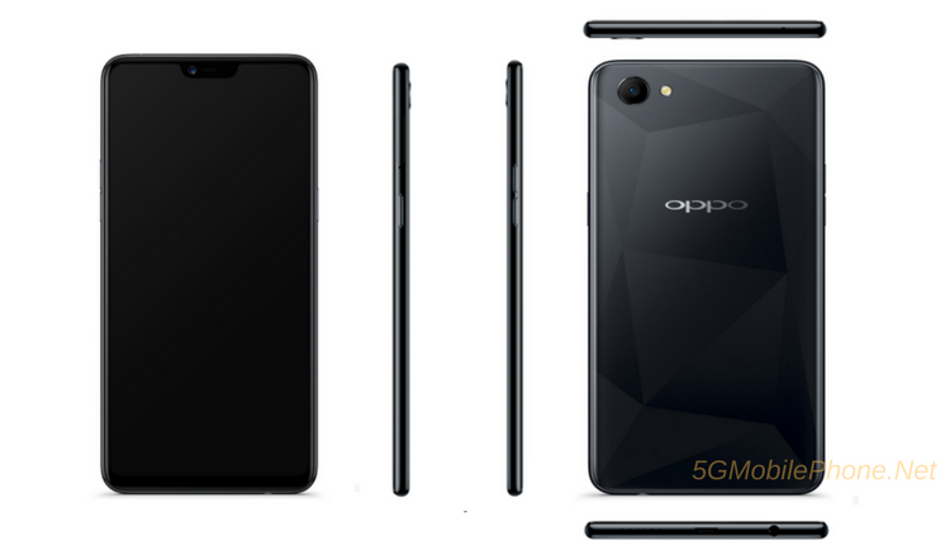 Oppo A3 has a 16-megapixel rear camera with LED Flash and an 8-megapixel camera for selfies and video chats.

The Oppo A3 smartphone whose complete specs along with pricing, renders and user manual recently leaked online has now again surfaced online. This time the smartphone has been spotted on a GeekBench benchmarking website. The listing has revealed some of the expected specifications of the upcoming smartphone which are inline with its earlier leak.

In the GeekBench listing via Slashleaks, the Oppo A3 got 1507 points in single-core test and in multi-core test it received 5755 points. As per the listing on Geekbench, the Oppo A3 has 4GB RAM and MediaTek Helio P60 (MT6771) 1.99 GHz octa-core processor. The handset is based on the Android 8.1.0 operating system. 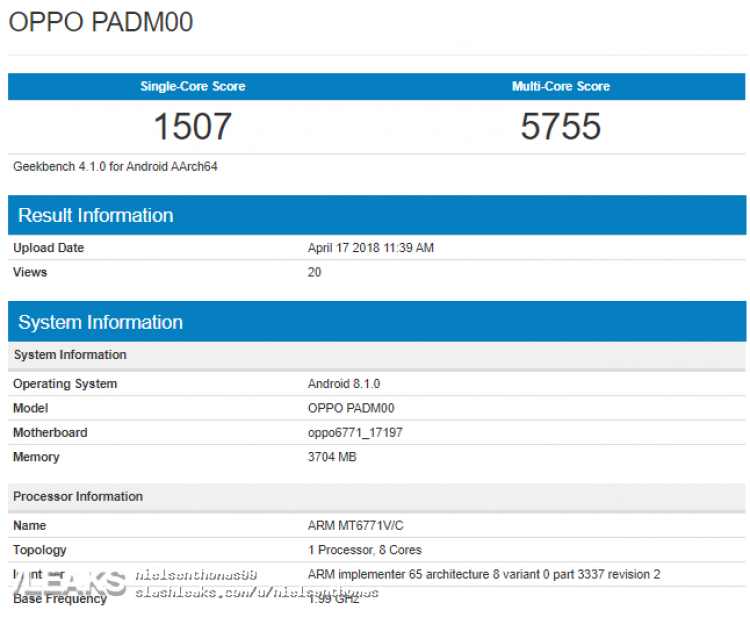 As per the earlier leak, Oppo A3 features a 6.2-inch full HD+ (2280 x 1080 pixels) display with an 18:9 aspect ratio. It is fueled by octa-cote 2GHz MediaTek Helio P60 processor. The smartphone comes with 4GB of RAM and 128GB of internal storage, which can be further expandable up to 256GB with a microSD card. The phone is running Android 8.1 Oreo out the box and is juiced by a 3330mAh battery.

On the camera front, the Oppo A3 has a 16-megapixel rear camera with LED Flash and an 8-megapixel camera for selfies and video chats. Besides, the smartphone will offer dual-SIM support, 4G VoLTE, Wi-Fi (802.11 b/g/n), Bluetooth 4.0, 3.5mm jack and GPS. The sensors include Proximity Sensor, Light Sensor, Accelerator Sensor. The phone measures 156 × 75.3 × 7.8mm in size and weighs 159grams. It will be available in Knight Black, Soybean Meal, Blue, Stardust Silver, and Pomegranate colours.