OnePlus Scout, a unified search engine, rolls out in India 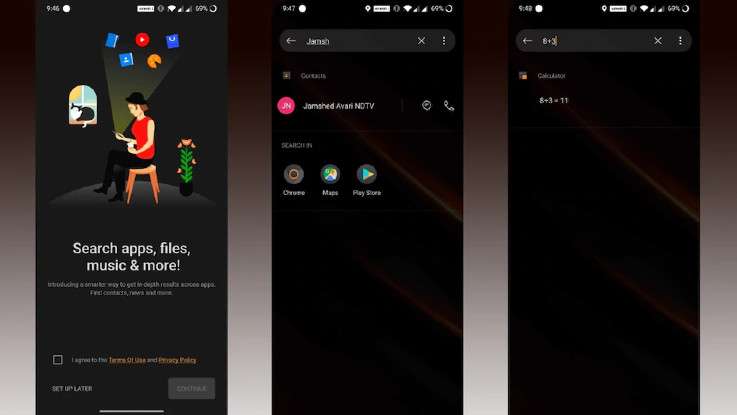 The company has introduced a new OnePlus Scout feature in the country with the latest update.

OnePlus has started rolling out a new feature to its range of OnePlus smartphones in India. The company has introduced a new OnePlus Scout feature in the country with the latest update.

The latest feature has been rolled out to OnePlus smartphones with version number v4.7.2_200818175549, reports Gadgets360. The update brings the ability to search for locations, restaurants, places nearby and more with the universal search option. Furthermore, the feature allows users to look for contacts, files, music and more with the unified search bar.

Additionally, OnePlus Scout also allows users to quickly solve mathematical queries by using the Calculator application. It also brings up news and weather updates either from apps installed on the smartphone or the web. The feature can be accessed once the user installs the latest firmware update. One can also choose to access options to choose from the app or from the web or one can choose both as well. One can also control results based on the preferences from the OnePlus Scout settings and one also enables search tips to help ease navigation.

Meanwhile, the company has rolled out an OxygenOS update for OnePlus 8 and OnePlus 8 Pro smartphone users in India. The update brings an August 2020 security patch with a couple of bug fixes.