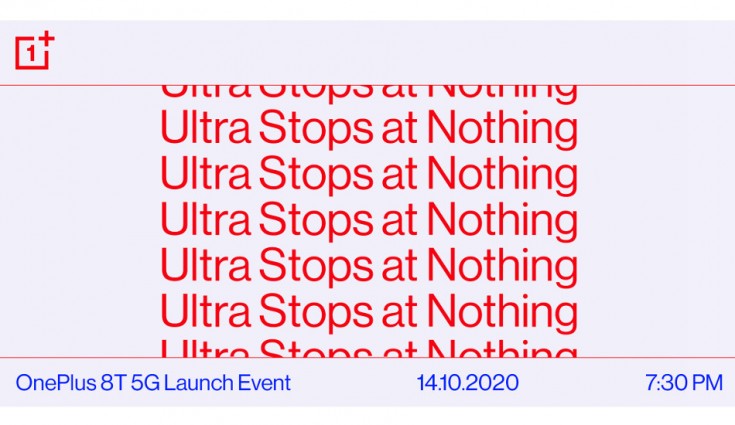 The new OnePlus 8T is officially launching on October 14 and now the prices for the device have been leaked.

OnePlus 8T, the new T series model by OnePlus is all set to launch officially on October 14. And now, the pricing for the same has been leaked by a tipster on twitter, though it is international pricing.

If these are the prices for the Indian variant too, the device will be priced on a higher side and many of you might want to skip it just because of how much it costs. And we have been continuously seeing an upward trend in the prices of OnePlus since its launch back in 2013, so it is likely that it will cost similar to OnePlus 8/8 Pro or higher.

The OnePlus 8T is expected to have a 6.55-inch FHD+ AMOLED display with 120Hz refresh rate.

The device should have a quad-camera setup with the main sensor being a 48MP shooter, a 16MP wide-angle camera, a 2MP portrait lens, and a 5MP macro sensor. On the front, we should have a 32MP shooter. The phone is rumoured to be backed by a 4500mAh battery with support for 65W charging which will be a first from the company.