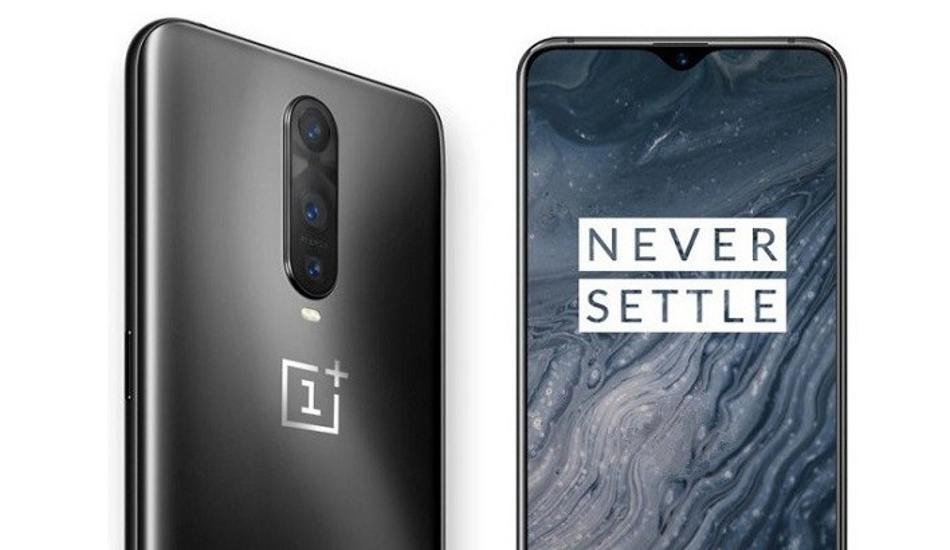 The leaked invitation was posted on Chinese website Weibo and it reveals the Indian launch date i.e. October 17. The invitation also hints a tagline “Unlock The Speed”.

OnePlus is all set to introduce its latest flagship device, the OnPlus 6T, pretty soon. Now, as per a new leaked invitation, the brand might launch the new phone in India on October 17.

The leaked invitation was posted on Chinese website Weibo and it reveals the Indian launch date i.e. October 17. The invitation also hints a tagline “Unlock The Speed”. The new tagline is reportedly meant as a reference to company’s in-display fingerprint sensor. It is also possible that the company might hold a global keynote just before the Indian launch, similar to what it did with OnePlus 6. However, there is no way we confirm the launch date, so we suggest you hold your horses and stay tuned with us. 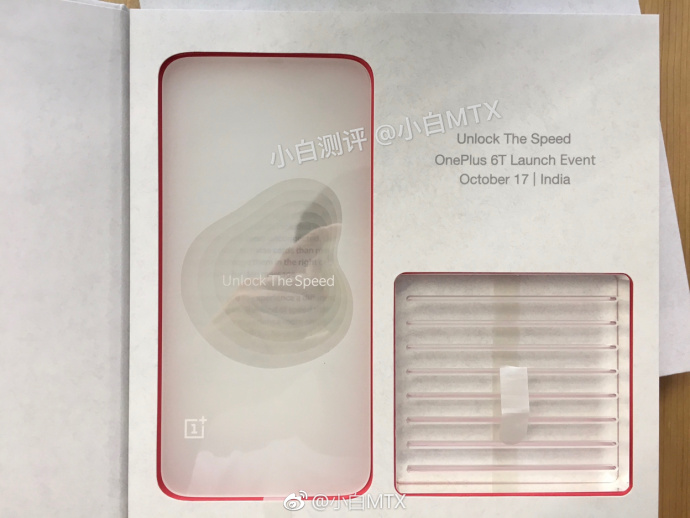 Previously, a leaked poster revealed that the phone will come loaded with a waterdrop-like notch on the top. It would be similar to what we have seen in Vivo V11 Pro and Oppo F9 Pro. Interestingly, a recent advertisement that was aired during Asia Cup showed Amitabh Bachchan holding the new phone. The back of phone has been revealed in the TVC and it shows that the phone will feature a vertically-aligned dual rear cameras.

As per earlier reports, the OnePlus 6T will feature a 6.4-inch AMOLED waterdrop notch display with a 1080 x 2340 pixels and a 91.5 percent screen-to-body ratio. It will be powered by Qualcomm Snapdragon 845 SoC with Adreno 630 GPU. OnePlus 6T will sport 3500mAh battery with Dash Charge support and will ship with OxygenOS based on Android 9.0 Pie out of the box. It will come in various variants – 6GB/ 8GB of RAM and 64GB/128GB/256GB of internal storage.