The 5T will also come with Facial Recognition similar to what we saw on Samsung Galaxy S8 and Galaxy Note 8.

OnePlus 5T is launching tomorrow and is probably the most awaited smartphone, at the moment. The handset isn’t a stranger in the pile anymore as most of the specifications and even an unboxing video was leaked last week. However, an interesting leak from a German website named ‘hesie.de’ just ahead of the launch reveals that OnePlus might ditch the telephoto lens at the back unlike the OnePlus 5. No! No!, the device will still have a dual-camera setup, however, the second 20-megapixel lens is now expected to come with the same focal length of 27mm and f/1.7 aperture. Dual lenses with the same focal length and f/1.7 aperture would mean a drastic improvement in low-light photography.

The website posted a detailed camera comparison between the OnePlus 5 and Oneplus 5T hinting a better overall performance on the 5T. The portrait mode doesn’t see that much of an improvement though.

All this does make sense because OnePlus has been teasing a lot of low-light camera samples lately which is supposedly shot from OnePlus 5T. Carl Pei, OnePlus co-founder being the latest one of the lot posting this picture on the twitter.

Another leak which went unnoticed is ‘Face Unlock’. Referring to the unboxing video that was posted on YouTube a couple of days ago, OnePlus 5T will come with Facial Recognition. Now, don’t expect it to be as sophisticated as the one found on iPhone X. This should be more inclined towards the one found on the Samsung Galaxy S8 and Note 8. 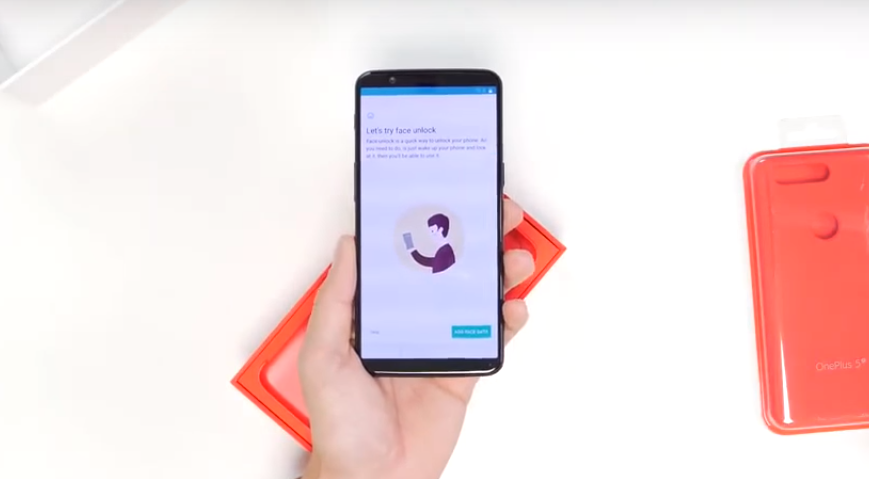 Compared to last year’s ‘T’ iteration, OnePlus 5T seems to solve most of the problems that OnePlus 5 had. The biggest problem being the display. OnePlus 5, although had the best available internals, didn’t really looked like a 2017 flagship with those thick bezels surrounding the 5.5-inch display. Besides the screen and camera, most of the other specifications are likely to be exactly same as OnePlus 5.

Regarding the price and availability, OnePlus 5T is likely to be priced same as the OnePlus 5. The 6GB RAM variant will go on sale for Rs 32,999 while the 8GB RAM variant will cost Rs 37,999. For the availability, the device will be up for grabs on 21st November as a part of Early Access program in limited quantity. Amazon Prime users will be able to buy the OnePlus 5T on November 21st starting 4:30 PM. So what do you think? Is ditching the telephoto lens for better low light photography a good move? Let us know in the comment section below.