However, OnePlus has not officially revealed the date yet.

The have been many rumours and leaks about OnePlus 3. Now the phone has been found listed on TENAA â€“ the official certification agency of the government of China. The listing thus also revealed key features of the OnePlus 3. Meanwhile, according to a report, the OnePlus 3 will be launched on June 14. However, OnePlus has not officially revealed the date yet. 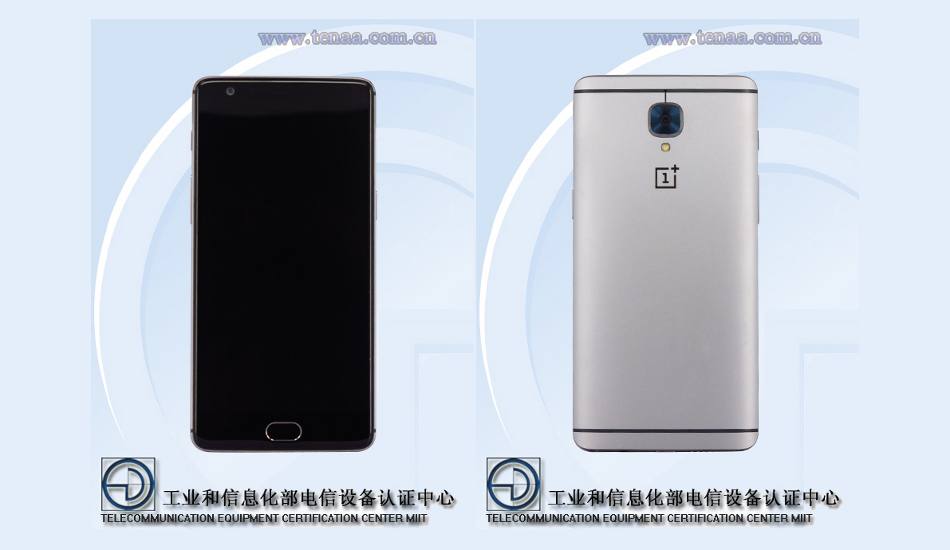 The listing on TENAA is in line with the specs revealed by Evan Blass. As per the TENAA listing, OnePlus 3 has a 5.5-inch full HD 1080p display, a 2.15 GHz quad-core Snapdragon 820 processor and 4GB RAM. It offers 64GB of internal storage, an expandable storage slot, a 16 megapixel rear camera with LED flash, an 8 megapixel front facing camera and a 3000 mAh battery. OnePlus 3 has a fingerprint sensor on its back panel and has a metal body.

The dual SIM phone runs on Android 6.0.1 Marshmallow operating system out of the box. Connectivity options of the smartphone include 4G-LTE with VoLTE, Bluetooth, WiFi, GPS/A-GPS and a micro USB port. The dimensions of the phone are 152.6 x 74.6 x 7.3 mm and it weighs 160 grams. The device is listed in Gold, Black and Grey colours.