Nokia to launch a new Lumia smartphone on May 14

Nokia has sent out a digital invite for a special event centered around Nokia Lumia family of devices on 14th May in London, UK.

Nokia is all set to introduce yet another Windows Phone 8 platform based Lumia device next month, an invite sent out by the Finnish handset maker has suggested. The company has invited media houses to special event on 14 May in London, UK.

Nokia had promised to bring the PureView Imaging Technology to the Windows Phone platform. The Nokia Lumia 920 did manage to surprise us with the Optical Image Stabilization. You can read about that more in our hands-on of Lumia 920 The invite carries the text – See What’s Next. The Nokia Lumia Story continues. 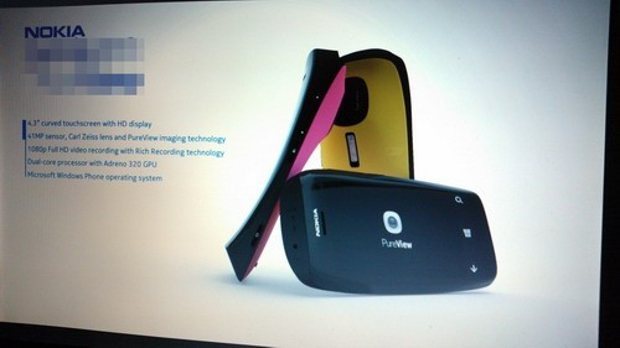 We believe that Nokia will be including the PureView imaging technology formally for the Windows Phone platform. However, we are not sure if the company is planning to launch a totally new device.

The Mobile Indian had reported in February that a smartphone dubbed Nokia EOS with Windows Phone platform is in works. The Nokia EOS will most likely feature the 41 megapixel camera module that was also used in the Nokia 808 PureView smartphone.

From the previously leaked reports, we concur that the Lumia smartphone set for launch will have a 4.3-inch HD touchscreen display with curved glass. It will be slightly thicker than the other Lumia devices and will pack a dual-core Qualcomm Snapdragon mobile processor with Adreno graphics. This smartphone will feature 41 megapixel camera packaged with the Carl Zeiss optics and PureView imaging technology. If the rumors about this handset are true, then Nokia might just manage to pull attention of several individuals towards Windows Phone clad device.

We shall wait for more details for the event scheduled on 14 May in London, UK.