The offer starts from November 13 and it will end on November 17.

Amazon has announced a Nokiamobile week Sale where it is offering some exciting deals on Nokia 6 and its flagship device, the Nokia 8. The offer starts from November 13 and it will end on November 17. 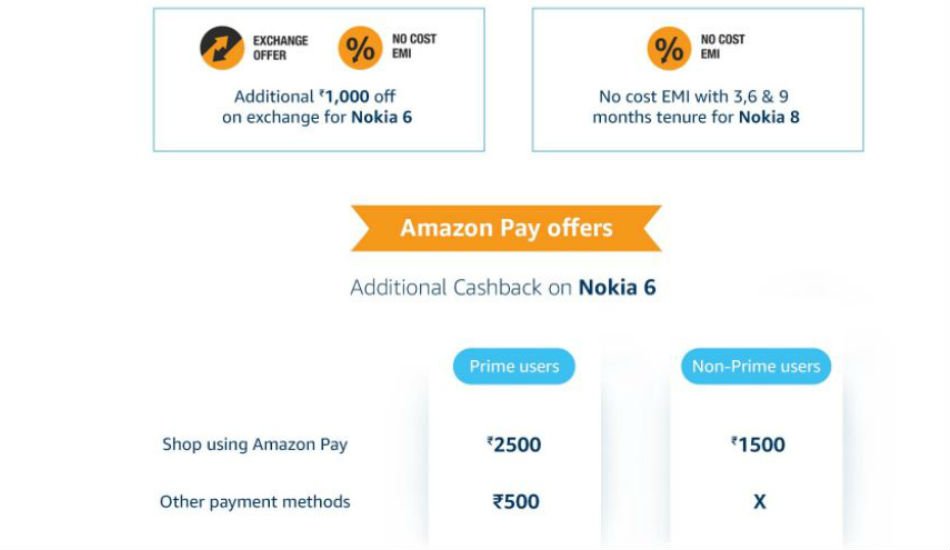 To recall, Nokia 6 was launched with a price tag of Rs 14,999 in India. the Nokia 6 sports a 5.5-inch full HD with a screen resolution of 1920×1080 pixels and 2.5d curved display with Corning Gorilla Glass 3 protection. The company claims that it has taken 55 minutes to machine a single Nokia 6 from a solid block of 6000 series aluminum and received two separate anodising processes.

The Nokia 8 was launched at a price tag of Rs 36,999. The major highlight of the smartphone is the new ‘bothies’ feature, which lets users take photos and videos from both the front and rear cameras simultaneously. Further, it can be live streamed natively and in real-time to social feeds such as Facebook and YouTube. The phone comes loaded with dual cameras with Carl Zeiss branding. Nokia 8 is also the first smartphone to feature Nokia OZO Audio. The OZO spatial 360-degree audio basically brings a fully immersive audio experience to 4K video.