Nokia has introduced yet another Series 40 mobile phone with aluminum chassis branded as Nokia 515. This mobile will arrive in single SIM and Easy Swap Dual SIM versions.

Nokia has introduced a new premium mobile phone in the budget segment – Nokia 515. Sporting a lightweight aluminum chassis, the Nokia 515 arrives in a candy bar form factor and runs Series 40 mobile software on it. Nokia’s new model is an interesting take on offering a budget friendly smartphone with a premium finish. Nokia expects to make this smartphone available in third quarter of this year for $150 (Rs 10, 102 approx.) before taxes or subsidies.

Nokia 515 has a 2.4-inch LCD display with 320×240 pixel resolution and has been made using Corning Gorilla Glass 2 technology. That means the display is resistance to normal wear and tear. Nokia did not specify the processor used in this mobile. The Nokia 515 has up to 256 MB flash memory and has a memory card slot to support up to 32 GB micro SD card. Overall, the Nokia 515 measures 11 mm thin with the elegant design.

The single SIM model will support micro SIM and the dual-SIM model will support two micro SIMs. Both models support quad-band HSDPA and dual-band WCDMA network for faster data connectivity. At the rear, Nokia 515 features a 5 megapixel camera with an LED Flash. This camera supports voice-guided self-portraits. You can capture panorama shots in 100-degrees of the scene and take up to five frames in a row with single click using the sequential shots feature. 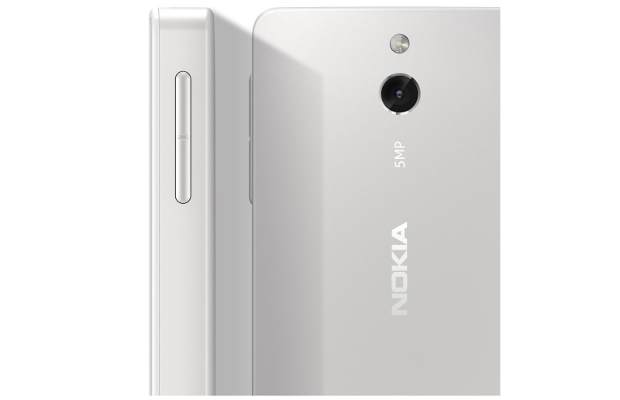 Dual-SIM model features the Easy Swap technology that allows switching and changing micro SIM modules without switching off the handset.