Nokia 105 is a basic phone, while Nokia 301 comes with 3G connectivity and smart camera.

Nokia has announced two new feature phones 105 and 301 aimed at markets like India. While the Nokia 105 is a basic phone with colour display, the Nokia 305 comes with 3G connectivity and a smart camera. Both the phones will be available in India shortly for Rs 1,000 and Rs 4,500 respectively.

The Nokia 105, which runs on the Nokia Series 30 platform, features a 1.45 inch colour screen and will be available in cyan or black models. It will serve as the successor to the Nokia 1280.

The single SIM handset will feature FM radio, speaking clock and built-in flashlight, as well as up to 35 days on standby and 12.5 hours of talk time. It will also come with Nokia Life, a SMS and internet based service, which provides tips on education, health, and agriculture as well as entertainment topics. 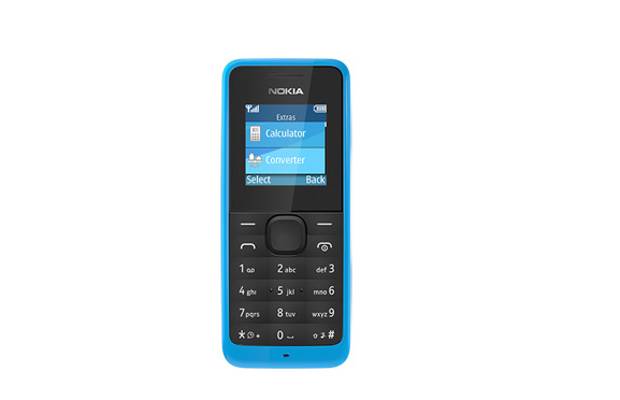 Nokia 301 on the other hand runs on the Nokia Series 40 platform and features 3.5G (HSPA) and a smart camera. The phone has a alphanumeric keypad and a 2.4-inch screen. 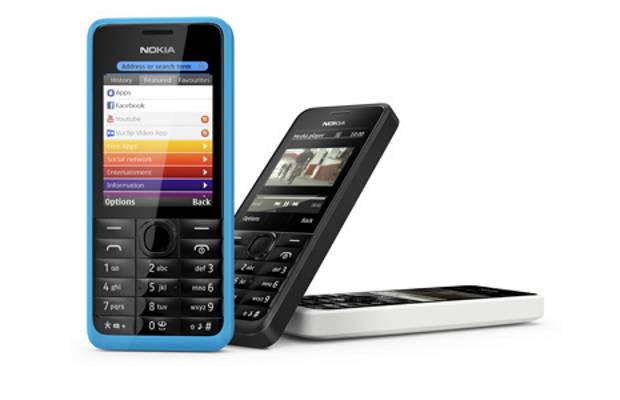 The Nokia 301 features a 3.2 megapixel camera with a range of image-capture, editing and sharing options, including ‘panorama’ for wide-angle and group photos. It also comes with burst mode feature that allows it to capture five pictures in one press.

The Nokia 301 also has a self-portrait mode with the rear-facing camera with voice prompts that can guide the user to position the phone correctly without needing to see the screen.

The handset allows YouTube streaming, and also has apps such as Facebook, Twitter and WhatsApp. The phone will also feature a ‘lite’ version of Mail for Exchange lets users check work email and sync their calendars and contacts.

The Nokia 301 will be priced around $85 (Rs 4,500) and will come in single and dual-SIM models. The single-SIM should offer standby time of up to 39 days, while the dual-SIM promises 34 days standby, with talk time of “up to” 20 hours. The phone will come in five different colors â€“ cyan, yellow, magenta, black and white. Both the phones will be launched in India by the end of March.