Motorola P50 to launch in China next month

Motorola P50 will come with a punch-hole selfie camera and a rear-mounted fingerprint sensor.

The teaser image on Weibo for the Motorola P50 shows the phone with a punch-hole selfie camera and a rear-mounted fingerprint sensor. The front and rear design of the phone resembles with the Motorola One Vision. The company has not announced any exact launch date but it is expected to announce the date in the coming weeks. 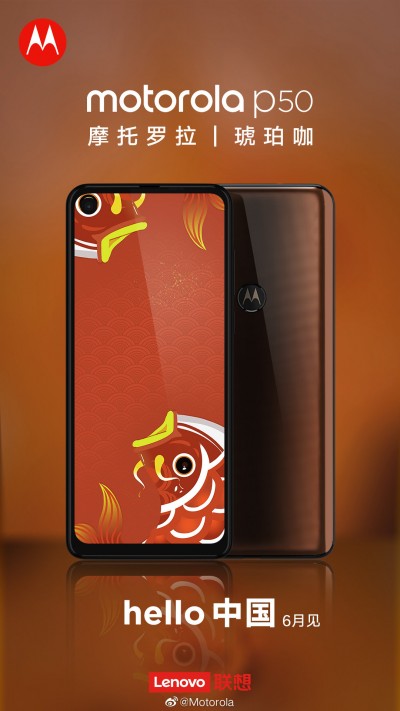 On the software front, the smartphone runs on Android 9.0 (Pie) operating system out-of-the-box and it is backed up by 3500mAh battery with 15W TurboPower fast charging. The phone measures 160.1 x 71.2 x 8.7mm and its weight is 181grams.