Motorola has announced the launch of Moto Z 2018 and Moto Z 2018 Kingsman VIP Special Edition in China. The smartphones are basically the rebranded version of the Moto Z2 Force, which was launched in July this year.

To start with the standard Moto Z 2018, the device comes loaded with a brush metal finish which is made of series 7000 aluminum coupled with all-around antenna lines. The batwing logo now comes with a gold coating with this one.

As for the specifications is concerned, the Moto Z 2018 sports 5.5-inch 5.5-inch Quad HD POLED Shatterproof display with a screen resolution of 2560 x 1440 pixels. Under the hood, you will find the latest octa-core Qualcomm Snapdragon 835 mobile platform which is clocked at 2.35GHz. The phone is backed by a 6GB of RAM and 128GB of internal storage, which can be further expanded up to 2TB via microSD card. 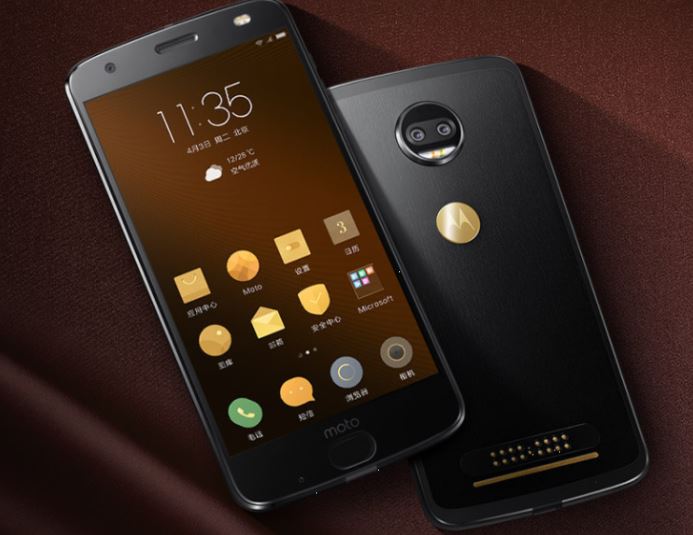 The Moto Z 2018 runs on the latest Android 7.1.1 Nougat and is backed by a 2730mAh battery, which is accompanied by a 15W TurboPower charger. The phone also houses a fingerprint sensor, which also supports gesture features as well. On the connectivity front, it supports 4G VoLTE, Bluetooth 4.2 (after Android O update v5.0), WiFi 802.11 a/b/g/n/ac 2.4 GHz + 5 GHz with MIMO, NFC, A-GPS and in some regions, the dual-SIM model will be available as well.

Coming to the special edition, it bears same designs and specs as the regular variant, but it comes with a special briefcase and has some interesting accessories. The list includes a TurboPower battery mod, wireless charging mod, a USB Type-C to 3.5mm adapter, a leather flip case, a VIP card, a pair of USB Type-C Hi-Fi headphones, a warranty card and a 45th anniversary notepad. The Moto Z 2018 Kingsman VIP Special Edition comes with a price tag of CNY 9,999, which roughly translate to Rs 98,061.