Motorola Moto E5 Plus render leaked, to come with 18:9 display 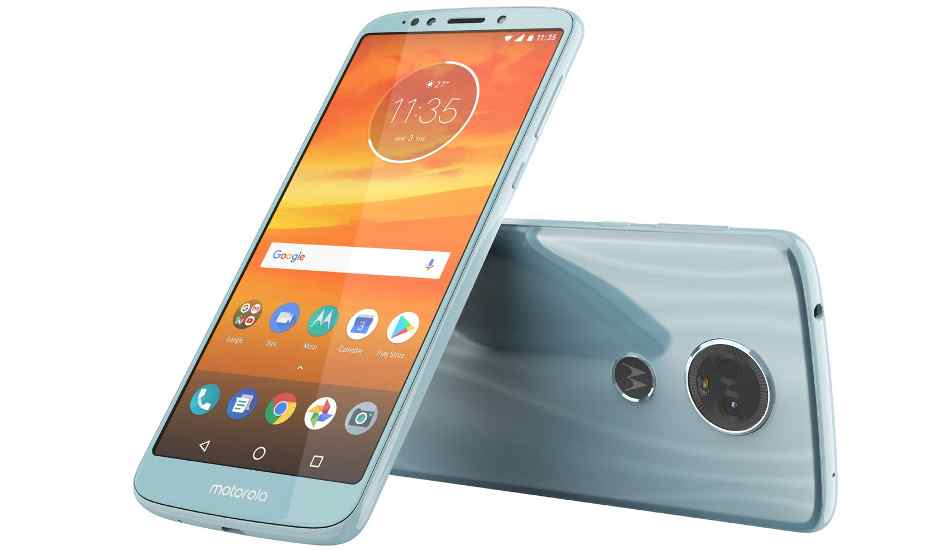 The smartphone is expected to be unveiled on April 3, 2018. If this comes true, then the launch of the Moto E5 series could be earlier than that of the Moto E4 which was unveiled in June 2017.

Motorola is expected to launch its new generation of Moto E series smartphones this year which includes Moto E5, Moto E5 Play and E5 Plus. Out of them, Moto E5 Plus has now surfaced online via official render.

The Motorola Moto E5 Plus has been leaked by popular leakster Evan Blass (@evleaks) on his official Twitter handle. As per the leaked image, the smartphone will sport 18:9 display. It features a 3.5mm audio jack at the top and a USB Type-C port at the bottom. The power button and volume rockers are placed on the right side.

The Moto E5 Plus also appears to have dual rear cameras but Evan says that the second cut in the camera module is not for a secondary lens which means it is still a single rear camera unit. On the front, there is the selfie camera on the top left side, a notification LED, a sensor and a LED flash on the right. The fingerprint sensor is located at the back of the device below the Motorola logo. The leaked image shows the Moto E5 Plus in Light Blue colour.

The leaked image also shows the clock widget on the Moto E5 Plus screen mentioning date April 3. So it is expected that the smartphone might be unveiled on April 3, 2018. If this comes true, then the launch of the Moto E5 series could be earlier than that of the Moto E4 which was unveiled in June 2017.

Earlier, two Moto models were found with model No XT1922-4 and XT1922-5 on FCC website which are expected to be Moto E5 and E5 Plus respectively. The listing confirms that the phones will come with 4000 mAh battery.