Micromax is set to launch a new phone today. The company is holding an event in New Delhi to unveil the smartphone.

Micromax has issued an invite as well for that event which says the phone will be a “new Canvas flagship”. 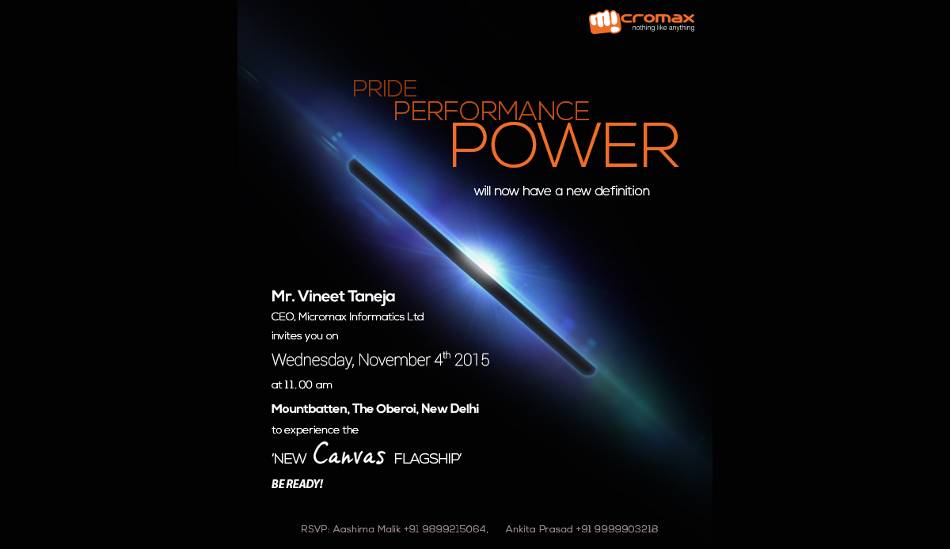 The invite went on to add: “Pride, Performance, Power…will now have a new definition”.

From the teaser, it is quite clear that the new Micromax flagship will be quite powerful and it should also considering the new age devices that have been launched in recent times by Micromax’s competitors.

It would be interesting to see what features Micromax will stuff in its new flagship.

Last week, OnePlus upped the ante with its OnePlus X which is priced at just Rs 16,999 to counter Lenovo Vibe P1 which is available for Rs 15,999. The Rs 10,000 to Rs 20,000 segment also has several good smartphones including the Motorola Moto X Play, Gionee S Plus etc.

So don’t forget to check out The Mobile Indian tomorrow for an update on the new Micromax smartphone for its detailed specification and our take on its features.

(The first image is for representational purpose only)