The new Micromax Bolt A58 comes with a 3.5 inch display and a 1 GHz dual core processor.

Advertisement
Micromax has launched a low cost Android smartphone, called Bolt A58, for the Indian market. The Micromax Bolt A58 comes with a 3.5 inch display and is priced at Rs 5,499. The Bolt A58 is the eighth phone to be launched under the Bolt series, which primarily is a value for money range of Android smartphones form Micromax.

The Micromax Bolt A58 is a dual SIM (GSM+GSM) based smartphone that features a 3.5 inch LCD display with 480 x 320 pixel resolution based display. The handset has Android Jelly Bean 4.2 operating system that is powered by a dual core processor running at 1 GHz. The Bolt A58 has 512 MB RAM and a meager 90 MB internal storage but thankfully it has 32 GB micro SD card slot. 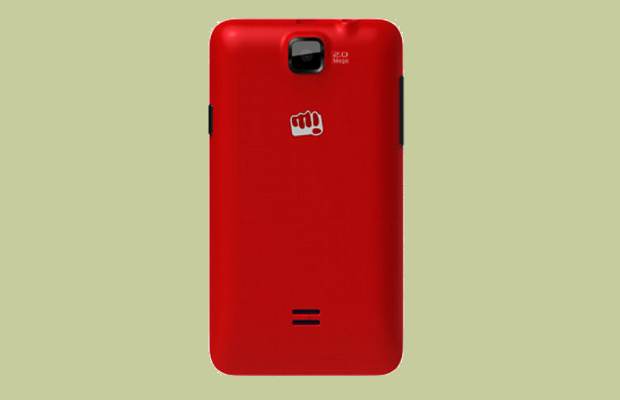 The Micromax Bolt A58 is equipped with a 2 megapixel camera that is said to be capable of recording videos at 30 frames per second. But sadly there is no secondary camera in the front as well supplementing video calling or conferencing.

For connectivity, the Bolt A58 has Bluetooth and WiFi along with micro USB port for data transfers. There is a 1850 mAh battery pack in the phone that promises up to 4 hours of talk time between charges. The Micromax Bolt A58 comes with audio and video player along with FM radio for entertainment on the go. The device is presently available from Saholic.com as of now and is expected to be made available across all the other stores online soon.

Micromax to launch in series