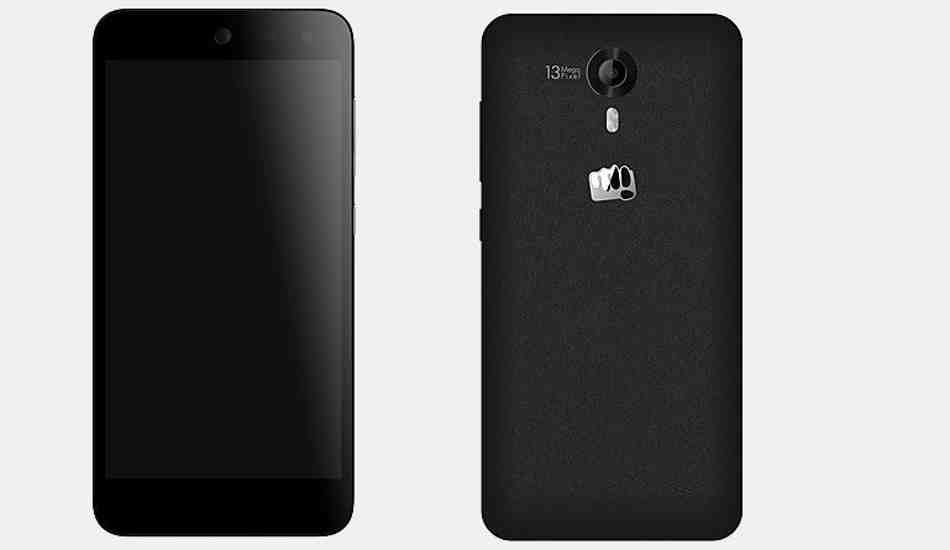 The new Nitro series handset of Micromax offers 4G connectivity and is lighter than its predecessors.

Micromax has silently made available its new Canvas Nitro 3 E455 in India. The smartphone is available from Indiatimes Shopping for Rs 10,430.

As per the listing, the Canvas Nitro 3 has a 5 inch touchscreen, Android Lollipop operating system, dual SIM, 13 megapixel primary camera and a 5 megapixel front camera. The smartphone has two LED flash lights in the back as well.

The Micromax Canvas Nitro 3 has 16 GB of internal memory, 2 GB RAM, and has a 1.4 Ghz processor but it is not clear whether it is a dual core, quad core or an octa core processor. The listing also says nothing about its expandable storage.

Apart from that it is said to have Bluetooth, 4G connectivity, micro USB port, GPS, and WiFi. The handset measures, 140.5 x 69.75 x 9.3 mm and weighs 135 grams. It has OTG functionality too. The phone has light sensor, proximity sensor, G sensor, e-compass, and an indicator light. It has a 2500 mAh battery.

Till now Micromax has launched three phones in the Nitro series which you can compare here. All the devices have octa core processor, 5 inch HD display, 2 GB RAM, 32 GB expandable storage, 13 megapixel rear camera, 5 megapixel front camera, 2500 mAh battery (Nitro 2 has 2400 mAh battery), and 3G. So the new Nitro 3 should also have HD display resolution as well as octa core processor. Note that the new Nitro 3 is a 4G smartphone and lighter than its predecessor.