It has a quad core processor, Android 4.2 and probably would have innovative features as the recently introduced Canvas 4.

Micromax’s Canvas Doodle 2, which was teased a couple of day ago by Micromax on its Facebook fan page, has been listed on Flipkart. However, the online retailer has not revealed its price.

As per the listing, the Micromax Canvas Doodle 2 is to come with a 5.7 inch touchscreen with 1280×720 pixels resolution, along with a stylus for which the Doodle smartphones are known for. The display is based on IPS (In Plane Switching) technology that offers better contrast and color vibrancy.

The smartphone has a Mediatek quad core processor and probably has 1 GB RAM. The Android 4.2 Jelly Bean operating system based handset will have Micromax’s custom user interface. Notably, it will have a 12 megapixel camera at the back while a 5 megapixel camera will be in the front. 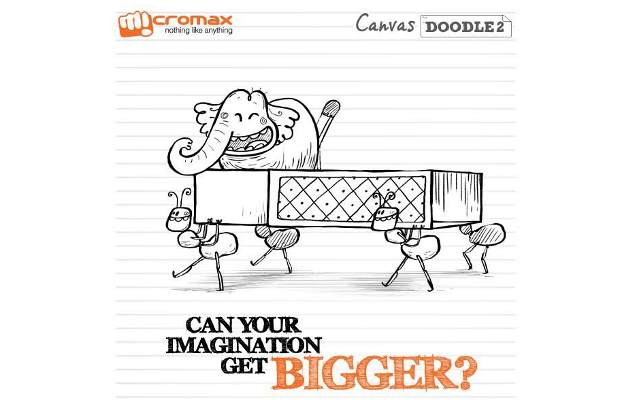 As per the listing, Canvas Doodle 2 has 12 GB of internal storage. Though the listing does not talk anything about micro SD card slot but we expect it to have 32 GB of expandable storage option. Besides, the dual SIM smartphone has a 2600 mAh battery which claims to provide eight hours of 2G talktime.