The major highlight of the device is that it comes with an auto face unlock feature, OTG support that works like a power bank and a 5000mAh battery capacity, which is claimed to offer running time of 2 days and standby time for 21 days.

Micromax has launched a smartphone an upgrade to the Bharat 5, dubbed as the Micromax Bharat 5 Pro. The smartphone comes with a price tag of Rs 7,999 and it will be available at offline stores starting from next week in Black colour.

The major highlight of the device is the auto face unlock feature, OTG support which can be used to charge other devices and a 5000mAh battery capacity, which the brand claims gives a running time of 2 days and standby for 21 days. 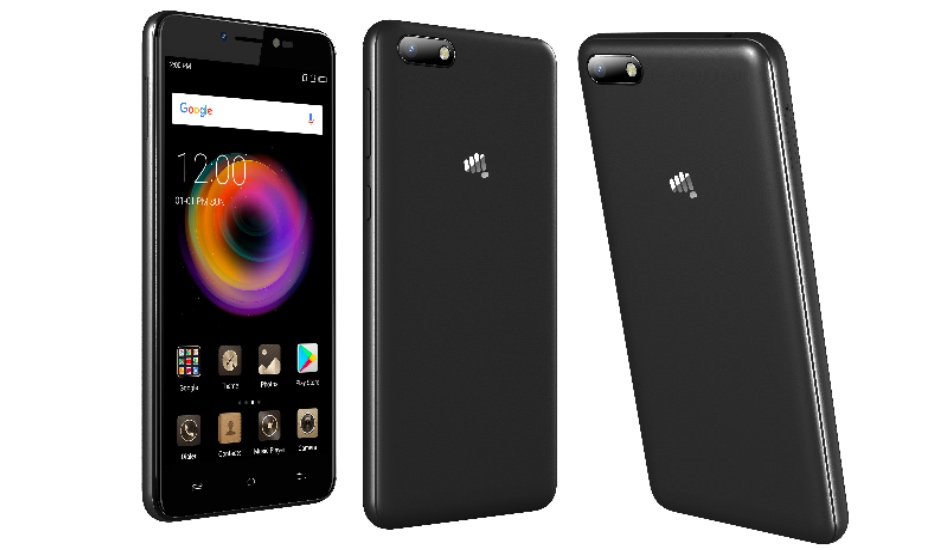 Similar to the predecessor, the Bharat 5 Pro sports a 5.2-inch HD display with a screen resolution of 1280x720 pixels. It runs on Android Nougat 7.1.1 and is powered by a 1.3GHz quad-core MediaTek MT6737 processor. The smartphone is equipped with a 13-megapixel rear and 5-megapixel front cameras with LED flash with autofocus.

Further, the Bharat 5 Pro is backed by a 3GB of RAM and 32GB of internal storage. Further, the storage can be further expandable up to 64GB via micro SD card slot. On the connectivity front, the device supports 4G VoLTE, WiFi, Bluetooth, GPS, dual-SIM and micro USB port.

Micromax in 1b first sale to be held today via Flipkart, Company Site

Micromax IN 1b to finally go on sale on 10th December

Micromax In Note 1 sale will be held today at 12PM