HTC is planning to launch a Viverse 5G phone this month. The phone will be a flagship device though specification details are not known. 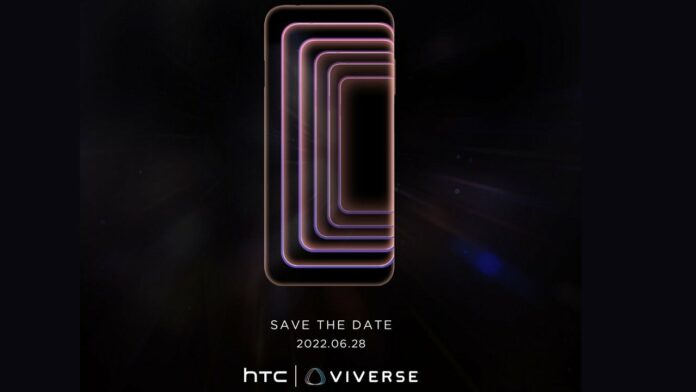 HTC has announced to launch a new flagship smartphone with the integration of HTC’s own metaverse version called Viverse this month. The HTC Viverse phone will be announced at company’s “Login Future” event on June 28th, 2022.

The company was earlier expected a new metaverse-centered smartphone to launch sometime in April, but the launch was delayed due to due to supply chain issues. Now HTC will officially unveil its Viverse phone later this month.

The phone is said to target customers who want to access VR (virtual reality) and AR (augmented reality) apps. The upcoming HTC device will feature integration with the Vive Flow VR headset and it could feature augmented reality app support. The phone will be a flagship device though exact specification details are not yet revealed.

The company had already launched Exodus series of native blockchain smartphone. This time HTC has reportedly partnered with local carriers like Taiwan Mobile, Chunghwa Telecom and FarEasTone to offer the new smartphone. This would be the company’s first flagship since the HTC U12+ that was released four years ago.

Late last month, HTC Wildfire E2 Plus smartphone was announced in Russia. The phone features a 6.8-inch HD+ display with 720×1600 pixels resolution. It packs an octa-core Unisoc Tiger T610 processor. It has 4GB RAM and 64GB storage. The storage is expandable via microSD card.

The phone comes with a quad rear camera setup. It has a 13-megapixel primary sensor, a 5-megapixel ultra-wide sensor, a 2-megapixel depth shooter, and a 2-megapixel macro sensor. For selfies and video calls, the device uses an 8-megapixel shooter.

As for software, the handset runs Android 11. There’s also a 4600mAh battery, there is no fast charging though. It includes a rear-mounted fingerprint scanner for security. Additionally, the phone has a 3.5mm headphone jack as well.