LG has today announced the launch of its latest flagship smartphone, the LG V60 ThinQ 5G. The smartphone will roll out in key markets of North America, Europe and Asia starting next month.

The major highlight of the smartphone is the new improved LG Dual Screen. The accessory allows it to double the screen real estate for multitasking, gaming and entertainment. The Dual Screen now comes with a ribbed back that the brand claims offer a more secure grip. Furthermore, users can set the LG Dual Screen’s 2.1-inch Cover Display to Always-On and one can access information at a glance or configure it to time out after 10 seconds. The Dual Screen is available in Black and White colour options.

The LG V60 ThinQ 5G is loaded with a 6.8-inch Full HD+ P-OLED FullVision display with a screen resolution of 2460 x 1080 pixels along with 20.5:9 aspect ratio and 395ppi pixel density. The smartphone is powered by the latest Qualcomm Snapdragon 865 processor along with Adreno 650 GPU and Snapdragon X55 5G modem that offers 5G connectivity. The phone is available in two memory configurations: 8GB RAM + 128GB internal storage and 12GB RAM + 256GB internal storage. 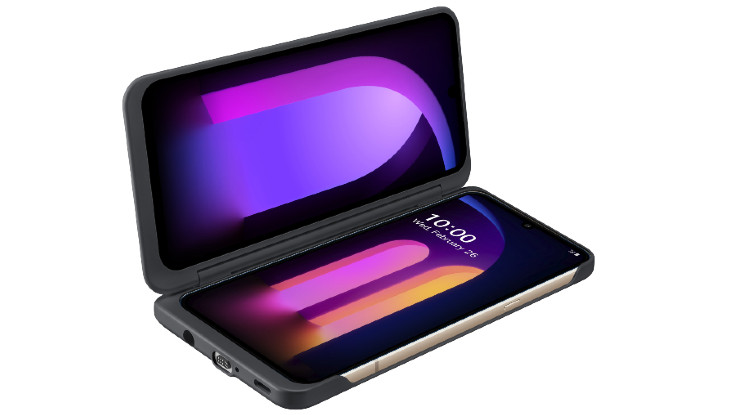 On the camera front, the LG V60 ThinQ 5G is loaded with a quad-camera setup with a combination of 64-megapixel primary lens with f/1.8 aperture, 13-megapixel super wide-angle lens with f/1.9 aperture, 117-degree Field of View and Z Camera (ToF receiver and ToF Emitter). The company claims that the smartphone is a first from LG to come with 8K video recording option. It also comes with Voice Bokeh that separates users’ voices from the background noise. For the front, there is a 10-megapixel sensor with f/1.9 aperture and 72.5-degree FOV.

It also features 3D Sound Engine that recognizes the different type of content and optimizes the sound accordingly for more cinematic quality. It comes with 4 channel microphone for better video recording. The smartphone is MIL-STD-810G certified and it also features IP68 water and dust resistance.