LG recently launched the 2018 version of the V30 flagship with some AI features at the MWC 2018. Apart from the A.I features, the new smartphone has a similar set of specifications of the V30, but this one has 6GB RAM and comes in two variants - 128GB internal storage which is called the V30S ThinQ and 256GB internal storage which is V30S+ ThinQ. But at the launch time, the company did not announce the price of both the smartphones. Now LG has launched these smartphones in its home market i.e South Korean and announced the price as well.

The LG V30S ThinQ and V30S ThinQ+ will be available for purchase in South Korea starting tomorrow i.e March 9. Both the smartphones will be available in Platinum Gray and Moroccan Blue colour options. The V30S ThinQ is priced at 1048,300 won which is approximately Rs 63,500 and the V30 ThinQ+ carries a price tag of 1097,800 won which is approximately Rs 66,500. The company has also announced that the phones will be arriving in the U.S. and Europe in Q2 this year.

The 2018 version of LG V30 features new Vision AI feature that will make the camera smarter and easier to use. With a particular focus on the camera and voice recognition, the resulting Vision AI delivers a smarter camera that is even easier to use, while Voice AI enhances the breadth of spoken commands in the latest smartphone.

AI CAM  - It analyzes subjects in the frame and recommends the optimal shooting mode among eight categories: portrait, food, pet, landscape, city, flower, sunrise, and sunset. Each mode enhances the characteristics of the subject taking into account factors such as the viewing angle, colour, reflections, lighting, and saturation level. 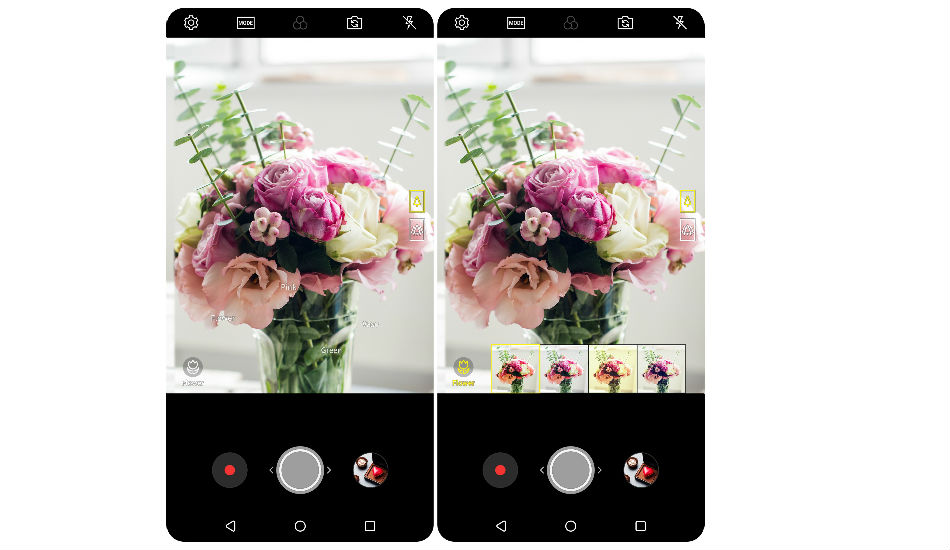 QLens - It takes further advantage of the image recognition capabilities of the AI technology to scan QR codes to improve the online shopping experience. Capture an item of interest with QLens to get information as to where to buy the product online at the lowest price as well as recommendations for similar items. Perform an image search with QLens to see matching or similar images of food, fashion and celebrities or detailed information about landmarks such as buildings and statues.

Bright Mode - With this low light photography on the LG V30S ThinQ gets a huge boost. Instead of measuring only ambient light like most smartphone cameras, this AI feature uses algorithms to brighten images by a factor of two for better-looking photos without the noise.

Another new feature is Voice AI that allows users to run apps and change settings through voice commands alone. Working alongside Google Assistant, the LG-exclusive Voice AI commands eliminates the need to search through menu options and allows for direct selection of specific functions.