LG Stylus 2 Plus with 16MP camera officially launched in India at Rs 24,450 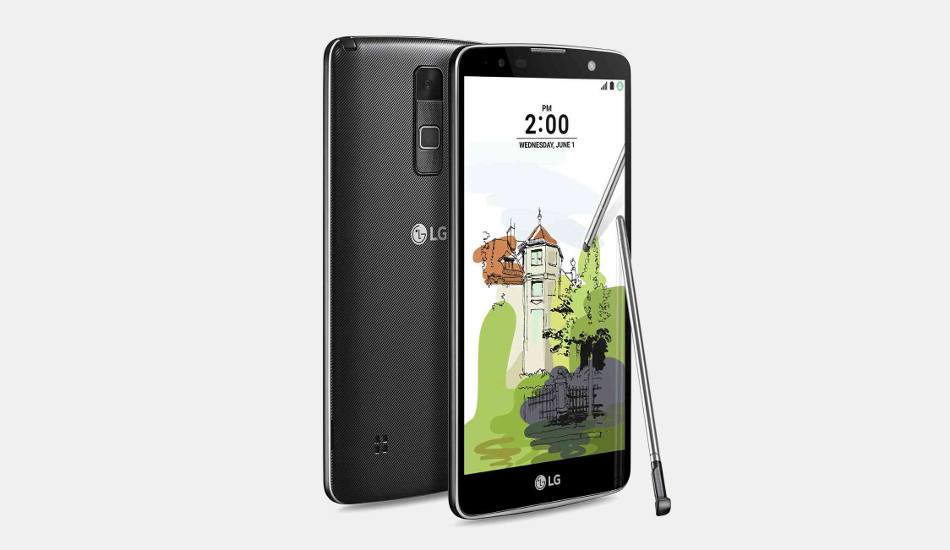 LG Stylus 2 Plus comes with a stylus pen with nano-coated tip for more accuracy compared to the previous rubber-tipped pen of LG Stylus.

LG has now officially launched Stylus 2 Plus smartphone in India. The phone is priced at Rs 24,450.

The official announcement came just few days after a Mumbai retailerMahesh Telecom, announced the phone’s availability in India at Rs 25,990.

The LG Stylus 2 Plus was first unveiled in June this year and is the upgraded version of LG Stylus 2 smartphone.

As the name suggest the LG Stylus 2 Plus comes with a stylus pen with nano-coated tip for more accuracy compared to the previous rubber-tipped pen of LG Stylus.

The LG Stylus 2 Plus has a 5.7-inch IPS Quantum display with Full HD (1920×1080 pixels) resolution. A 1.4GHz octa core Qualcomm 64-bit processor and 3GB of RAM is fitted with this phone. 16GB of internal storage is there in the phone and you can also use an additional micro SD card to expand its memory by another 2TB. Plus it has the latest Android 6.0 Marshmallow operating system.

The Stylus 2 Plus has a 3000 mAh Li-Ion battery, which claims to offer up-to 450 mins of talktime and up-to 315 hours of standby time. The Stylus 2 Plus flaunts a 16-megapixel auto-focus snapper on the back panel and an 8-megapixel shooter on the front for selfies and video calling. Both the rear and front cameras comes with LED flash. Besides, the smartphone offers Dual SIM, 4G with VoLTE, WiFi (802.11 b/g/n), Bluetooth 4.2, a mico USB port 2.0, WiFi Hotspot, NFC, GPS, A-GPS/GLONASS, Proximity, Ambient light, Accelerometer, and Digital compass.

Commenting on the smartphone launch, Amit Gujral, Marketing Head â€“ Mobiles, LG India said, “We believe in constantly refining our products to best suit the needs of our consumers. With the Stylus 2 Plus smartphone, we have taken the Stylus experience to a whole new level and that too at a very competitive price point. With the new LG Stylus 2 Plus, consumer experience shall be a delight with some innovative features such as Pen Pop, which shall enable Instant access to all pen functions, Pop Scanner, which shall enable picture editing like never before, Screen-Off Memo, using which users can write Memos on phone screen without the need to wake up the phone, Pen Keeper, that alerts the user when they forget to place the stylus back after use and many more. “