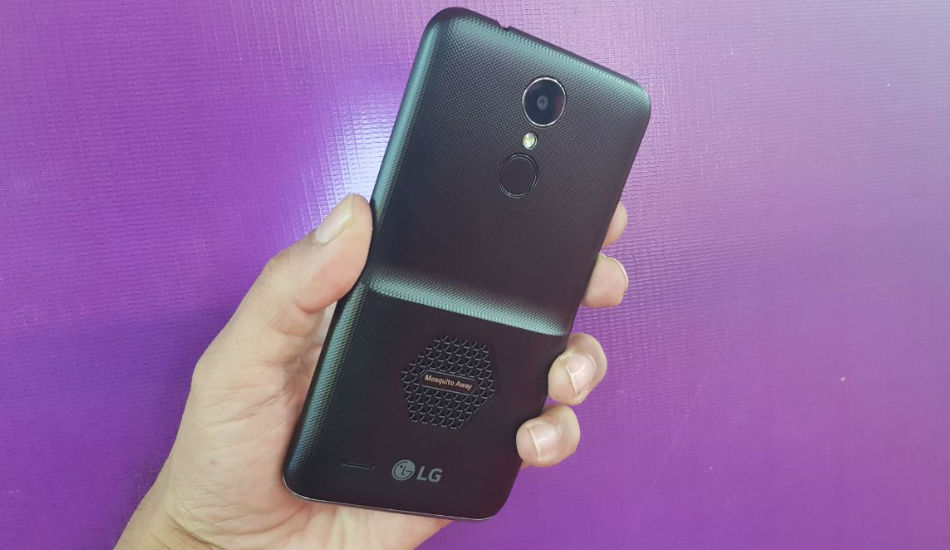 The major highlight of the smartphone is the new Mosquito Away technology, which can be found on the back panel of the device.

LG launched K7i at Indian Mobile Congress 2017 last year at Rs 7,990. Initially, the smartphone was made available in bricks and mortar stores only in the country. Now the LG K7i after a price cut of Rs 1,000, the smartphone is available for purchase online also at Rs 6,990. The LG K7i can now be bought from various e-commerce websites like Flipkart and Amazon at the discounted price.

The major highlight of the smartphone is the new Mosquito Away technology, which can be found on the back panel of the device. The company says that it basically throws ultrasonic sound waves that keep the mosquitos at bay and is absolutely safe for humans.

Coming to the specifications, the LG K7i comes loaded with a 5-inch In-Cell HD display with a screen resolution of 1280 x 720 pixels. The device is powered by a 1.4GHz quad-core processor along with 2GB of RAM and 16GB of internal storage, which can be further expanded up to 32GB via micro SD card slot.

The device sports an 8-megapixel rear camera with an LED flash and a 5-megapixel front shooter for selfies and video calling. The device runs on a dated Android 6.0 Marshmallow and is juiced by a 2,500mAh battery. On the connectivity front, 4G/3G connectivity, WiFi, NFC, Bluetooth 4.0, A-GPS, micro USB 2.0 port, and dual-SIM support. The phone is 8.1mm thick and weighs 138 grams.