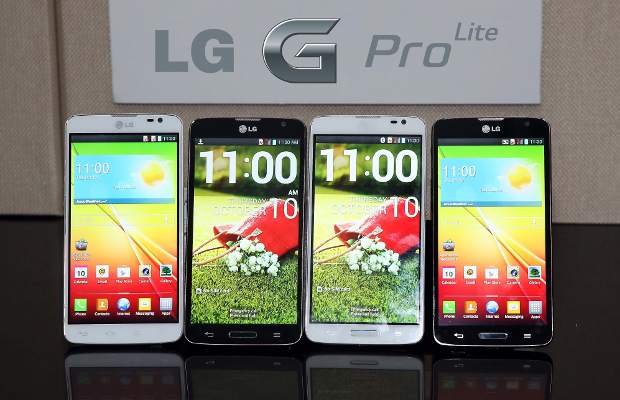 At the back, the G Pro Lite has an 8 megapixel camera with BSI sensor while in the front, it houses a 1.3 megapixel camera for video calling. G Pro Lite runs Android 4.1.2 Jelly Bean update with the LG UX from the new G series smartphones. Of course, there is QuickMemo and QSlide. Besides, the smartphone has WiFi with WiFi Direct, Bluetooth 3.0, USB 2.0 and A-GPS.

The LG G Pro Lite packs a 3140 mAh removable battery and the device will be available in Black as well as White. G Pro Lite features Dual-SIM support and has a Hot Key feature to switch between SIM cards.