Lenovo Z6 to launch on July 4 in China

Lenovo Z6 smartphone will be launched in China on 4th July at 11:30 AM local time.

After surfacing in various teasers and leaks in recent times, Lenovo Z6 has now been confirmed to launch on July 4 in China.

The confirmation comes from the company’s Vice President Chang Cheng who revealed that the Lenovo Z6 smartphone will be launched in China on 4th July at 11:30 AM local time. 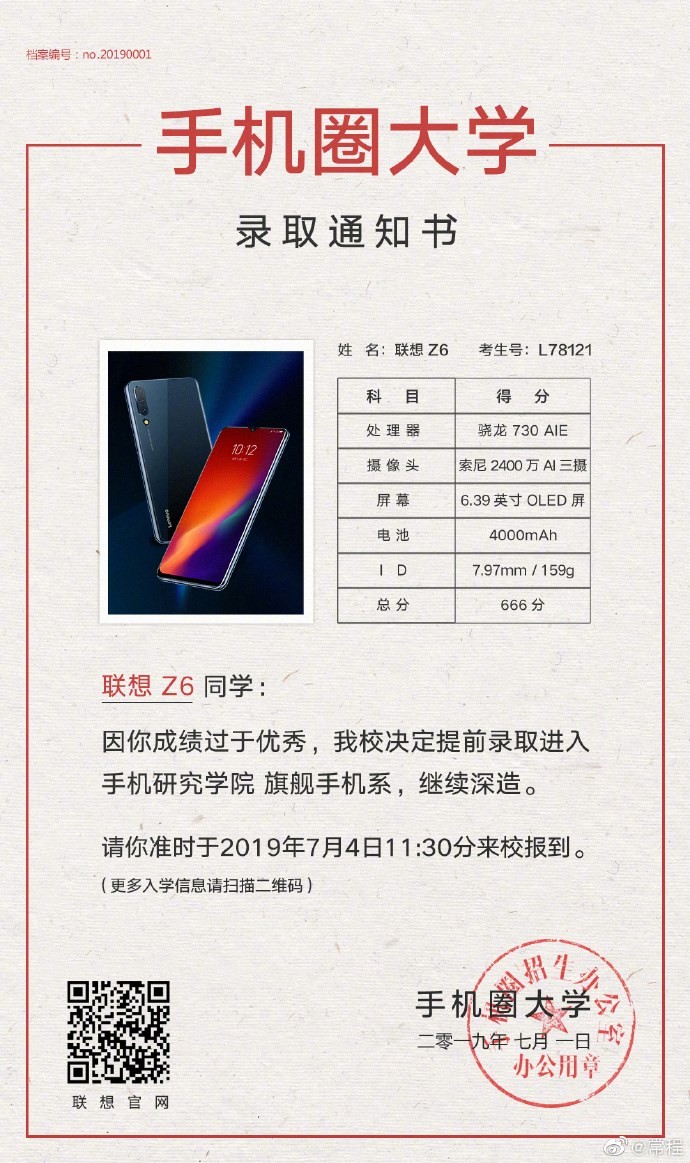 Since the beginning, Chang Cheng has been teasing on the specs of the Lenovo Z6 phone. So far, he has revealed details about the phone’s display, battery, and camera, processor, and the fingerprint sensor.

Lenovo Z6 will feature a 6.39-inch OLED display with a waterdrop notch on top and 93.1% screen-to-body ratio. It will come with HDR10 and DCI-P3 wide color gamut support, Corning Gorilla Glass and 600nits of brightness.

The phone will have a sampling rate of 120 Hz and it will be equipped with De-Mura screen coloring technology to restore the brightness difference of each pixel on the display. It will feature a sixth-generation in-display fingerprint scanner which claims to unlock the device in just 0.13 seconds.

Lenovo Z6 will be arriving as the world’s lightest smartphone with 4,000mAh battery. The battery will come with support for fast charging technology through Quick Charge 3.0. It will offer talk time of 38 hours, video playback of 26 hours and gameplay for 16 hours. The high-density lithium battery consumes less than 3 percent electricity at night. The phone weighs 159 grams and measures only 7.97mm.

The smartphone will come with a triple rear camera setup with the combination of a 24-megapixel Sony IMX576 primary sensor with f/1.8 aperture, a 5-megapixel secondary sensor, and an 8-megapixel tertiary camera sensor with 8x hybrid zoom and 2x optical zoom support. On the front side, it will be equipped with a 16-megapixel snapper for taking selfies and video calling.

Lenovo Z6 key features teased ahead of the launch