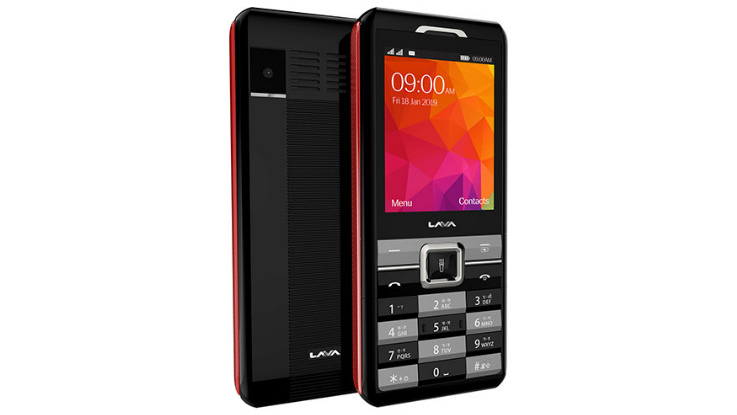 Dubbed as Lava 34 Super, the phone comes with a price tag of Rs 1,799 and it will be available across 75,000 retail outlets across the country.

Lava International Limited has today announced the launch of its new feature phone in the Indian market. Dubbed as Lava 34 Super, the phone comes with a price tag of Rs 1,799 and it will be available across 75,000 retail outlets across the country.

The new feature phone from Lava comes in Black-Red and Sunrise Gold colour options. The feature phone is equipped with a 2.4-inch screen and it comes with a 14.4mm thickness. The key highlight of the phone is a gradient keypad design. The Lava 34 Super comes with a box speaker that generates 99.6 dB loudness and the company claims that it comes with powerful amplifier for clearer audio output. The phone supports English and all Indian languages such as Hindi, Tamil, Telugu, Kannada, Bengali, Gujarati and Punjabi

Commenting on the launch, Tejinder Singh, Head, Product- Feature Phones, Lava International Limited said. “After the huge success of KKT 34 Power and KKT 40 Power+, we have made an earnest attempt to delight our feature phone customers and offer them with all the features in Lava 34 Super. The biggest selling proposition of Lava 34 Super is powerful battery and the supreme sound quality.”