Nokia was rumored of working on a Windows RT based tablet and it was set to match with the Windows RT launch schedule. However, that tablet was never talked about. 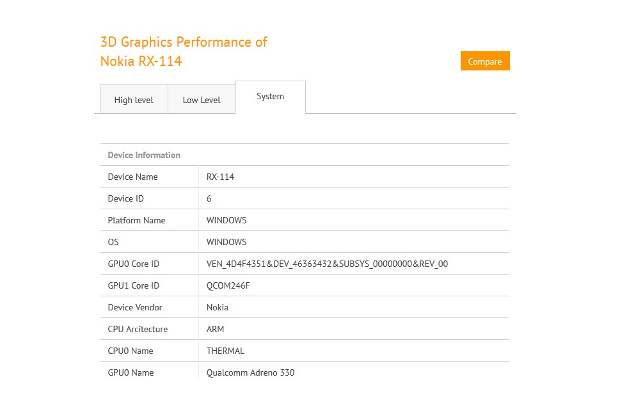 GFXBench lists the Nokia RX-114 running Windows OS and sports 1371 x 771 pixel resolution. This resolution comes close to the Windows Surface RT tablet. Quite likely that this is the Nokia’s Windows RT based tablet.

Bryan Biniak, vice president for app development at Nokia, expressed their frustration with the slow development pace of the Windows Phone platform. Lack of popular apps has been making Nokia miss the opportunity of sale.

With the new Nokia RX-114 Windows RT based tablet, Nokia is perhaps trying to catch up with the existing trends and also bring its portfolio of Lumia Exclusive Nokia apps to the Windows RT platform.