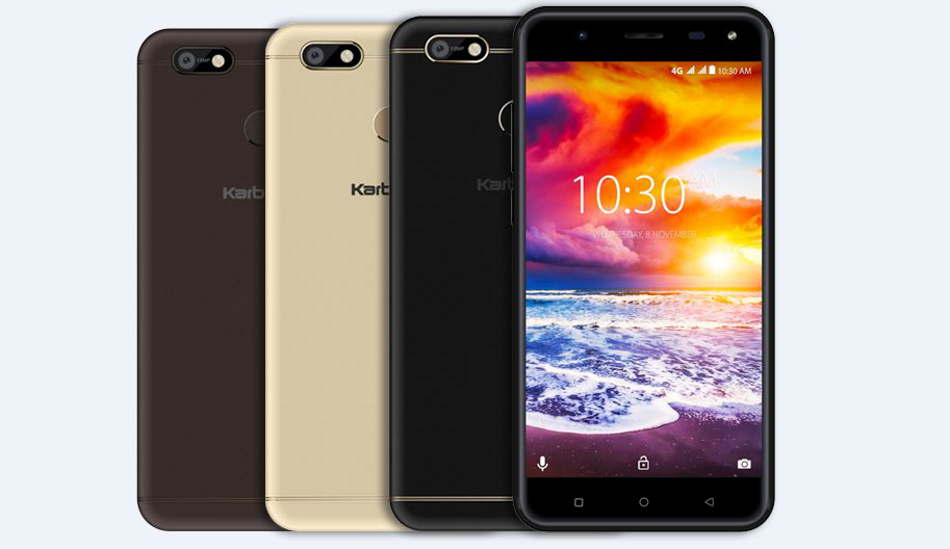 The 4G smartphone also comes bundled with a monthly pack of Rs 169 from Airtel offering 1GB data per day and unlimited calling - both Local and National valid for 28 days.

Karbonn has today announced the launch of its latest budget-centric smartphone, Titanium Jumbo 2, in India. The smartphone comes with a price tag of Rs 5,999 and it comes in Black, Champagne and Coffee colour options.

Karbonn has partnered with Airtel to offer a cashback of Rs 2000, after which smartphone will be available at an effective price of Rs 3,999 on Amazon.in. To avail the cashback offer, recharges worth Rs 3500 must be done within the first 18 months (to claim the first refund installment of Rs 500) and another Rs 3500 over the next 18 months (to claim the second refund installment of Rs 1500).

The 4G smartphone also comes bundled with a monthly pack of Rs 169 from Airtel offering 1GB data per day and unlimited calling – both Local and National valid for 28 days.

The Titanium Jumbo 2 comes with a 5.5-inch HD IPS display with a screen resolution of 1280 x 720 pixels. The phone is powered by a 1.3GHz quad-core processor along with 2GB of RAM and 16GB of internal storage, which can be further expanded up to 64GB via micro SD card slot. It also comes with a fingerprints sensor at the back which comes with brilliant utilities like scroll images, notification bar access and privacy.

On the camera front, the phone is backed by a 13-megapixel rear camera with LED flash along with different modes like Panorama shot, continuous shot and face detection. For the front, there is an 8-megapixel shooter for selfies and video calling. It runs on Android 7.0 Nougat and it is juiced up by a 4000mAh battery that promises a stand by time of up to 400 hours and talk time of up to 16 hours. On the connectivity front, the Karbonn Titanium Jumbo 2 supports 4G VoLTE, Bluetooth, WiFi, GPS, A/GPS, OTG, dual-SIM and micro USB port.

Speaking on the launch, Shashin Devsare, Executive Director, Karbonn Mobiles said, “We, at Karbonn, are looking forward to the launch of Titanium Jumbo 2. Such offers from Karbonn is also our way of contributing further towards the ‘Digital India’ initiative of which we have been a staunch supporter. With its features, deliverables and further combined with Airtel cashback offer, we are sure that the Titanium Jumbo 2 will be classified as one of the smartphones to watch out for in its category.”