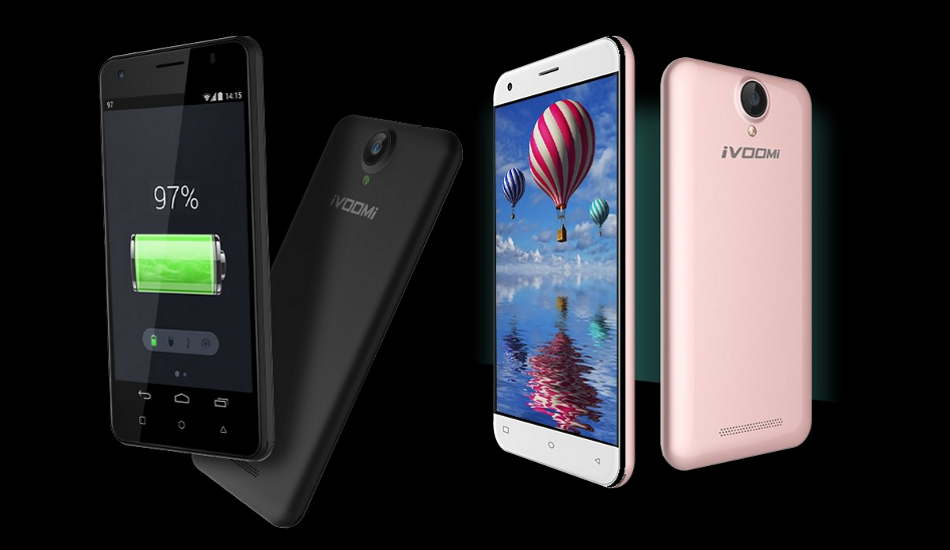 Both the smartphones run on Android 6.0 Marshmallow operating system which is upgradable to Nougat.

Chinese brand, iVoomi has launched its two new smartphones in India – the iVOOMi Me 1 and Me 1+ priced at 3,999 and Rs 4,999 respectively. The smartphones will be available exclusively on Shopclues starting midnight tonight. The Me 1 comes in a black hue colour while the Me 1+ will come in rose gold colour.

Both the smartphones run on Android 6.0 Marshmallow operating system.iVooMi Me 1+ features a 5-inch HD (1280 x 720p) IPS display and is powered by a 1.2 GHz Quad-Core processor paired with 2GB of RAM. The smartphone runs on Android 6.0 Marshmallow operating system and comes with 16GB internal storage which can be further expanded up to 128GB via micro SD card.

It has an8-megapixel rear camera with a LED flash coupled with a 5-megapixel front camera for selfies and video calling. The device is equipped with 3000 mAh battery with fast charge 2.0 technology. It offers Dual SIM, 4G with VoLTE, GPS, WiFi, Bluetooth, micro-USB port and FM radio for connectivity.

On the other hand, iVOOMi’s Me 1 smartphone features a 5-inch HD IPS display and is powered by a 1.2GHz Quad-core processor, along with 1GB RAM. It comes with 8GB of internal storage, which can be further expandable upto 128G via microSD card. It is backed up by a 3000mAh battery with flash charge technology. On the camera front, the smartphone offers a 5-megapixel camera on the rear as well as on the front panel. Besides, the smartphone offers all basic connectivity options which are same as iVooMi Me 1+.

iVoomi had entered Indian market last month with the launch of iVOOMi iV505 smartphone for Rs 3,999.

Share
Facebook
Twitter
WhatsApp
ReddIt
Previous articleXolo partners with Snapdeal to offer cashback and discounts on Era 2X, Era 1X and Era 2
Next articleBSNL’s new offers look interesting but are they worth your money?
RELATED STORIES