Iqoo V2136GA has been spotted online in a TENAA listing which confirms a bunch of specifications for the device including a triple camera setup and a 4500mAh battery. 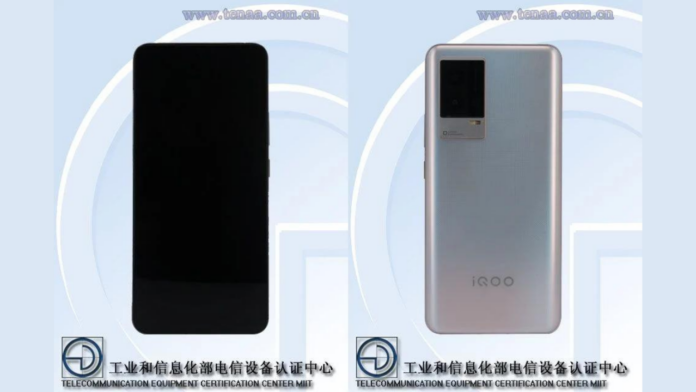 iQOO recently brought the Z5 5G smartphone to India with a starting price of Rs 23,990. It seems like iQOO is working on a new smartphone whose moniker hasn’t been confirmed. However, its specifications, along with its model number V2136GA, have been leaked via an online listing.

The listing appeared on TENAA, suggesting there are two variants of the smartphone. The model numbers are V2136A and V2136GA. In addition, the specifications for the latter have been confirmed while photos for both the smartphones are available on TENAA.

The iQOO V2136GA has been spotted with a 6.56-inch AMOLED panel that has a centred punch-hole up top. There’s a 1080 x 2376 pixels resolution and an under-display fingerprint scanner as well for security.

The device is seen being powered by a 3Ghz octa-core chipset which is speculated to be the MediaTek Dimensity 1200 SoC. Further, you get 8GB and 12GB of RAM along with three storage options, including 128GB, 256GB and 512GB.

There’s a triple camera setup on the back, including a 48-megapixel primary sensor, a 13-megapixel secondary sensor and a 13-megapixel tertiary camera unit. Moreover, there’s a 2,120mAh dual-cell battery to offer a combined capacity of around 4,500mAh. In addition, the 3C certification of the same mode revealed that it might carry support for 120W fast charging.

The handset will run on Android 11, presumably based on FunTouchOS 11.1 for global markets and OriginOS for China. Additionally, the photos for the V2136A model show the device in a BMW M Sport avatar with tri-colour stripes.