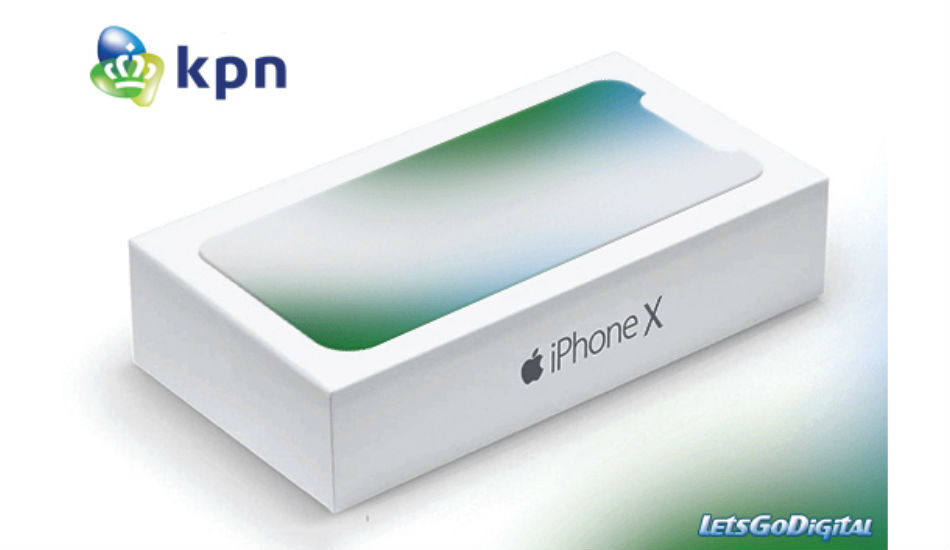 the official name of the upcoming iPhone still remains a mystery.

Apple’s upcoming tenth-anniversary special edition will be finally unveiled on September 12. However, with all the hype and leaks around the upcoming device, the official name still remains a mystery. It is still unknown whether the upcoming device will be named as iPhone 8 or iPhone X.

However, according to a new leaked retail packaging, it seems that the upcoming smartphone will be named as iPhone X. The leaked packaging was shared by GetsGoDigital, which shows an iPhone box. Interestingly, the name written on the side of the box is iPhone X, which somewhat confirms that the upcoming would carry the ‘X’ moniker.

The report further said that they have received a box shot from the Royal Dutch telecom provider KPN. The report further adds that the box has been modified to carry the telecom company’s colour scheme. To further strengthen this claim over the naming, Evan Blass, a known tipster, has also revealed that the upcoming smartphone will be known as iPhone X. Blass further adds that the device will go on pre-order from September 15 and it will start shipping on September 22.

Apple is scheduled to hold the event in the Steve Jobs Theater on its new Apple Park campus in Cupertino at 10:00 AM PDT. Apple is expected to unveil the tenth-anniversary special edition iPhone aka iPhone 8 along with iPhone 7s and iPhone 7s Plus. A new Apple Watch and a 4K Apple TV is also expected to be unveiled at the event. Further, one could also see latest updates Apple Watch, Apple TV and iOS as well.