Intex to launch Aqua i15 phablet with 6-inch display

Intex is ready to introduce a new 6-inch display touting phablet – Aqua i15 for India. Intex Aqua i15 is listed on the company website along with the specifications. A quad-core MediaTek mobile processor powers the Aqua i15 and has an 8 megapixel camera at the back. Intex will sell Aqua i15 in Blue, White and Black colours. Price of the smartphone has not been revealed.

Intex will join the large screen phablets clan with the new Aqua i15. Bearing a typical phablet design, the Aqua i15 will offer a textured back panel. With a 6-inch IPS LCD display, the Aqua i15 supports 960×540 pixel resolution. Inside the chassis, Intex has powered it with quad-core 1.3 Ghz MediaTek MT6582 mobile chipset paired with 512 MB RAM. The handset runs Android 4.2.2 Jelly Bean update out of the box. 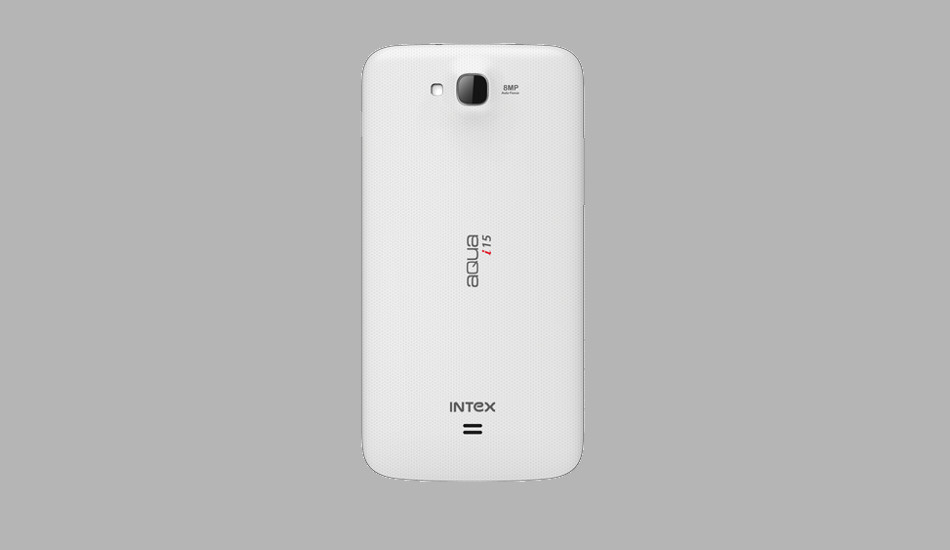 At the back, Intex has placed 8 megapixel camera with autofocus and LED flash. We believe one can even record an HD video with that camera. Video calls can be performed with the 2 megapixel camera in the front.

The Aqua i15 supports one 3G network SIM in one of the Dual-SIM slots. For faster mobile web experience, the handset offers Wi-Fi support as well. Other features include Bluetooth and GPS.

From the specifications, the Intex Aqua i15 appears to be a stripped down version of the freshly announced Aqua Octa smartphone which was launched for Rs 19,990. We believe there would be a significant difference the price of both handsets.