The company has also introduced eight new feature phones and all the devices come with a price range of Rs 700 to Rs 1500.

Intex Technologies has joined the bandwagon of 4G-VoLTE feature phones with the launch of Turbo+ 4G. The company has also introduced eight new feature phones and all the devices come with a price range of Rs 700 to Rs 1500.
All the feature phones are a part of new Navratna series and it will available in black or white colours. To start with the Turbo+ 4G, the feature phone comes with a 2.4-inch QVGA display, has a 4G-VoLTE support, 2000mAh battery, dual-core processor, 512MB RAM and 4GB of internal storage. The phone runs on KaiOS software and comes loaded with 2MP rear camera and VGA Selfie Camera, along with an expandable memory of up to 32GB. 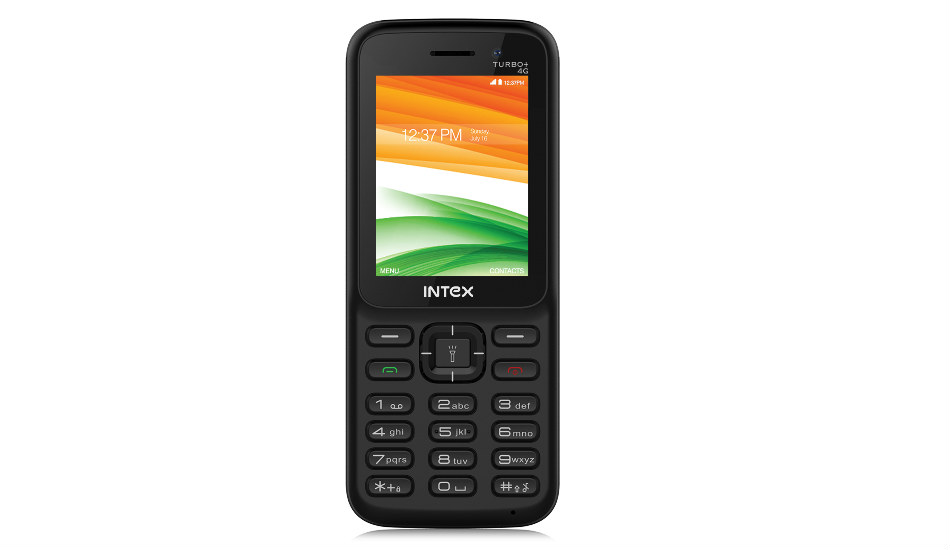 Further, the eight 2G-enabled feature phones can be divided into Eco series, Turbo series and Ultra series. The Eco series compromises of Eco 102+, Eco 106+ and Eco Selfie and all the models sports a 1.8-inch QQVGA display. ECO 102+ has a currency check feature that helps users to verify the authenticity of their currency. The device is powered by an 800mAh battery and support wireless FM. The Eco 106+ is powered by a 1000mAh battery, wireless FM and expandable memory of up to 32GB. Both these models have a decent Phonebook memory of 500 contacts.
The Eco Selfie, on the other hand, comes loaded with dual camera with flash, supports all 22 Indian languages, GPRS/WAP facility for Internet, 1800mAh battery and a Phonebook memory of 1500 contacts.
Moving on, the Turbo series include Turbo Shine and Turbo Selfie 18 and both the models feature a 2.4-inch display. The Turbo Shine supports all 22 Indian languages, runs on a 1400mAh battery, supports wireless FM and has an expandable memory up to 32GB. The Turbo Selfie 18 comes with a dual camera with flash, is juiced up by a big 1800mAh battery and has a Phonebook storage of 2000 contacts.
You might also like this:
In the Ultra Series contains models Ultra 2400+ and Ultra Selfie. The Ultra 2400+ comes with a 2400mAh battery, 2.4-inch display, a camera with flash, Phonebook capacity of storing 2000 contacts and expandable memory 64GB. Ultra Selfie has a 2.8-inch display along with a dual camera and the device is powered by a massive 3000mAh battery.
Lastly, Intex has also announced a high-end Lions G10 feature. The device features a 2.4-inch display, Phonebook capacity of 2000 contacts, camera, 1450mAh battery and an expandable memory 64GB.