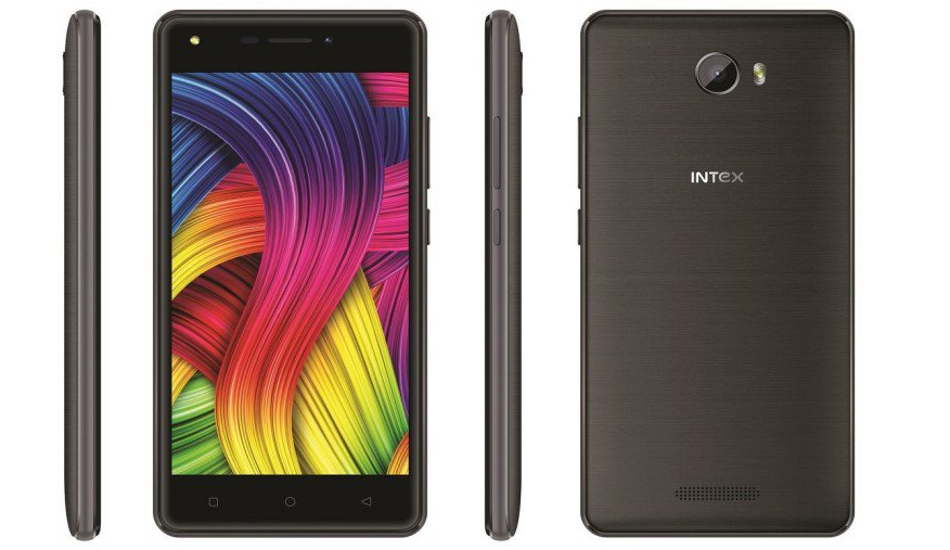 Intex has today announced the launch of a smartphone – Intex Indie 5. The Intex Indie 5 is priced at Rs 4,999 and comes in Black and Champagne colours. It is available exclusively from Flipkart.

Intex Indie 5 comes with a 5-inch HD IPS (1280 x 720 pixels) display with Dragontrail Glass protection. It is powered by a 1.25 GHz quad-core MediaTek MT6737V processor with Mali T720 GPU, which is paired with 1GB of RAM. The smartphone runs on Android 7.0 Nougat operating system and has a 4000 mAh battery.

The Intex Indie 5 comes with 16GB of internal storage, which can be further expandable up-to 128GB via micro SD card. The device sports an 8-megapixel camera module on its back, and on the front, there is the same 8-megapixel camera. Both the cameras come with dual LED flash. Besides, the Indie 5 offers Dual SIM, 4G VoLTE, WiFi (802.11 b/g/n), Bluetooth, GPS, a micro USB 2.0 port and G-sensor. The device measures 146.5 x 72.2 x 10.1 mm and weighs 162 grams. It has a smart keyboard that will make typing 22 Indian languages easy and cool.

Intex Indie 5 comes pre-loaded with impressive services for the users. One such service is the QR Code scanner that decodes the QR code automatically and shows the relevant information with buttons for the next steps to be taken. Indie 5 also comes with popular music streaming and Video streaming applications like Gaana along with Prime Video which allows the users to enjoy unlimited access to all their favorite songs.

Commenting on the launch of Indie 5, Nidhi Markanday, Director, Intex Technologies said: Reiterating our commitment to cater to the consumers’ ever- changing needs & demands, Indie 5 is a best in class 4G-Volte smartphone at an affordable price, which not only has the best specs and hardware, but also boasts of the indigenous SwiftKey Keyboard integration enabling our diverse consumers across the country to have the freedom & joy to express in their mother tongue. We are sure that Indie 5 wiill touch everyone’s heart and be a delight for the young millennials.