Intex Aqua Fish with Sailfish OS is now available in India at Rs 5,499 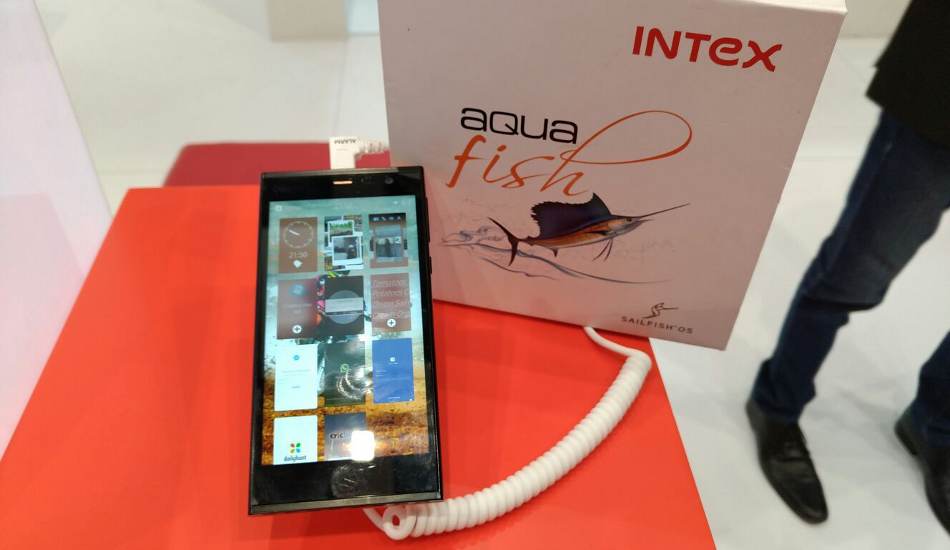 The announcement came directly from the Jolla whose tweet was re-tweeted by the Intex.

Intex Aqua Fish smartphone, which was showcased earlier this year during the Mobile World Congress event in Barcelona, Spain, is now available in India on eBay for Rs 5,499. The announcement came directly from the Jolla whose tweet was re-tweeted by Intex.

The Intex Aqua Fish features 5-inch HD display and this 4G smartphone is powered by a 1.3 GHz quad core Qualcomm Snapdragon MSM8909 processor, which is paired with 2 GB DDR3 RAM. The smartphone comes with 16 GB of internal storage, which can be further expandable up-to 32GB via micro SD card. Notably the smartphone runs on Sailfish operating system.

The Aqua Fish has an 8-megapixel rear camera that comes along with an LED flash light while a 2 megapixel front-facing camera is in the phone for selfies and video calling. The smartphone comes equipped with a 2500 mAh battery. Besides, the Intex Aqua Fish offers Dual SIM, 4G LTE, WiFi, Bluetooth 4.0, GPS/AGPS/Glonass, a micro USB port, Accelerometer, Ambient light sensor, and Proximity sensor. The handset measures 142.4 x 72 x 9.6 mm and weighs around 150 grams. The smartphone comes in black and orange color options.